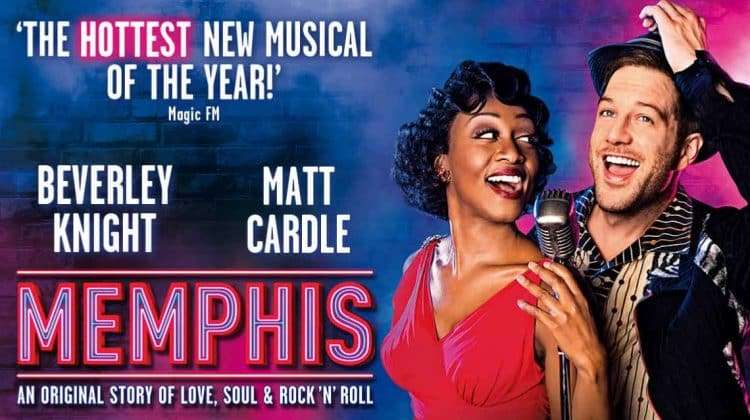 Winner of four 2010 Tony Awards including for Best Musical, the smash-hit show Memphis is now playing at London’s Shaftesbury Theatre.

This sizzling hot show is set in 1950’s Memphis Tennessee and inspired by real events.

The show has a Tony-winning book by Joe DiPietro (I Love You, You’re Perfect, Now Change) and a Grammy Award-winning original score by Bon Jovi founding member David Bryan.

Memphis is currently playing until 31 October 2015 at the Shaftesbury Theatre.

Inspired by true events from the underground dance clubs of 1950s Memphis, Tennessee, Memphis follows the rise to fame of a radio DJ (Matt Cardle) who wants to change the world, and the nightclub singer set for stardom (Beverley Knight) that he falls in love with.

★ ★ ★ ★ ★ “Hold on to your hats” Daily Mail
“Memphis rocks with heart and soul” Metro
★ ★ ★ ★ “A rousing spectacle where audiences will feast their eyes on the dancers and ears on the singing… Beverley Knight is sensational!” Evening Standard
★ ★ ★ ★ ★ “The West End’s hottest new musical.” Digital Spy
★ ★ ★ ★ “Some of the most thrilling vocal work you’ll find on the London stage in its roof-raising evocation of the birth of rock’n’ roll” Daily Telegraph
★ ★ ★ ★ “BEVERLEY KNIGHT combines charisma and power alongside a Sinatra-like Killian Donnelley in this exciting take on a key moment in pop history” The Guardian
★ ★ ★ ★ “The dancing is audaciously good” The Observer
★ ★ ★ ★ The Stage

Beverley Knight is confirmed to be performing until October 2015 but does not appear at all performances. Beverley is NOT scheduled to perform: 17 - 18 July 2015, 3-5 August, 8, 15-24 and 28 September and 2 October 2015 as well as all Monday evening and Wednesday matinee performances.

Beverley Knight's Last Performance will be on the Evening of Saturday 17th October 2015.

Matt Cardle is not scheduled to perform at any Wednesday matinees performances.

The producers of Memphis cannot guarantee the appearance of any particular artists, which is always subject to illness and holidays.

Why book Memphis tickets with us? 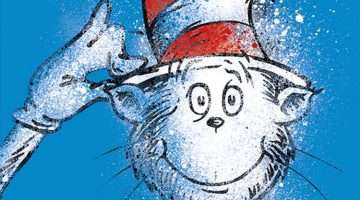