Sex and the City star Kristin Davis stars alongside Natascha McElhone in Fatal Attraction directed by Trevor Nunn at the Theatre Royal Haymarket. 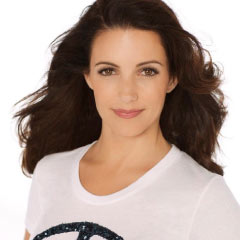 Sex and the City star Kristin Davis, who starred as Charlotte in the long-running HBO drama, will make her West End stage debut this spring in Fatal Attraction at the Theatre Royal Haymarket playing the role of Beth Gallagher.

Kristin’s stage credits include Gore Vidal’s The Best Man at the Gerald Schoenfeld Theatre on Broadway, and an off-Broadway production of The Exonerated which transferred to London’s Riverside Studios in 2006.

Her TV credits include Sex and the City, Melrose Place and Bad Teacher.

Kristin Davis’s film credits include Journey 2: The Mysterious Island, Sex and The City 1 & 2, Couples Retreat, Deck The Halls, The Shaggy Dog and The Adventures of Sharkboy and Lavagirl 3-D.