Actress and singer Natalie McQueen is currently performing in Wicked at the Apollo Victoria playing in the Ensemble and covering Elphaba. 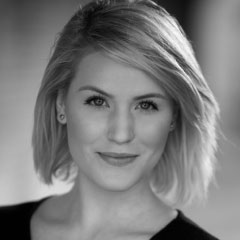 Actress and singer Natalie McQueen is currently performing in Wicked at the Apollo Victoria playing in the Ensemble and covering Elphaba.

Before she hit musical theatre, multi-talented Natalie was the lead vocalist in the rock band Farewell City (see a video below).