Winner of NINE Tony Awards, and dubbed "the funniest musical of all time", The Book of Mormon is a Broadway legend.

Winner of NINE Tony Awards, and dubbed “the funniest musical of all time”, The Book of Mormon is a Broadway legend!

This rowdy show satirizes the innocent quest of two young missionaries from the Church of Jesus Christ of Latter Day Saints and is the most hilarious and entertaining show Broadway has ever seen!

“A spectacular, rather perfect Broadway musical” – Entertainment Weekly
“Parker and Stone have created one of the freshest original musicals in recent memory.” – The Hollywood Reporter
“The defining quality of this hugely entertaining show is its sweetness.” – The Hollywood Reporter
“The show is blissfully original, irreverent, outspoken and hilarious.” – New York Daily News
“These numbers are witty, ridiculous, impeccably executed and genuinely stirring.” – The New York Times 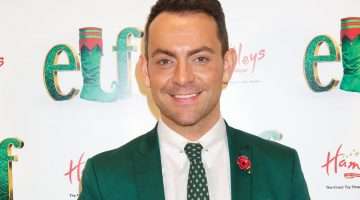 Ben Forster extends his run in Phantom of the Opera