Alan Morrissey will play Max, a young singer who falls in love with Chenice, played by Cynthia Erivo, in new musical I Can’t Sing! The X Factor Musical at the London Palladium. 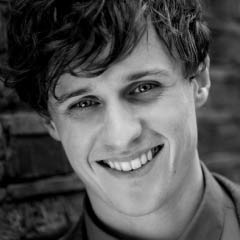 Alan trained at the Bristol Old Vic and has played a number of roles across both stage and screen.

His theatre credits include Stepmother and The Man Who Pays The Piper at the Orange Tree, Sixty Five Miles and Once Upon a Time in Wigan for Paines Plough and Hull Truck, Romeo and Juliet at Shakespeare’s Globe, Boiling Frogs as Southwark Playhouse, The Horse Marines at the Theatre Royal Plymouth, The Seagull at Hampstead Theatre, Solstice, Twelfth Night, Comedy of Errors and As You Like It for the RSC and in the West End, James and the Giant Peach at the Bolton Octagon, Much Ado About Nothing at the Salisbury Playhouse, A Winter of War at the Cheltenham Everyman and Salad Days at the Bristol Old Vic.

On TV Alan is best known for playing in 18 episodes of Holby City as Nurse Nicky Van Barr, with other TV including Endeavour, Land Girl and Doctors.

Film roles include League of Gentlemen’s Apocalypse, Charity, Northern Soul, Nightingale and the Rose and Jacob.

In I Can’t Sing! The X Factor Musical he will be joined by Nigel Harman and Cynthia Erivo.