Multi-talented actors Adrian Edmondson and Rufus Hound lead the cast in Tim Firth’s dark comedy about a disastrous outward bound team-building exercise which will be staged at the Theatre in the Park, Chichester.

By Tim Firth
Directed by Angus Jackson
Theatre in the Park, Chichester
11 – 28 September

Multi-talented actors Adrian Edmondson and Rufus Hound lead the cast in Tim Firth’s dark comedy about a disastrous outward bound team-building exercise which will be staged at the Theatre in the Park, Chichester.

Neville’s Island will be the second production staged in the temporary state-of-the-art auditorium which has been built while the Festival Theatre’s £22 million RENEW redevelopment continues. This revival promises to be a technically and visually ambitious staging of a darkly funny play.

Four out-of-condition businessmen succeed in becoming the first people ever to get shipwrecked on an island in the Lake District. What should have been a bonding process turns into a muddy, bloody fight for survival amidst a carnival of recrimination, French cricket and sausages.

Adrian ‘Ade’ Edmondson plays Gordon. He rose to prominence during the 1980s when he became best known for roles in the BBC comedy series The Young Ones and Bottom, in which he appeared alongside his long-time collaborative partner Rik Mayall. Edmondson also appeared in The Comic Strip Presents…TV series. Other screen credits include The Supergrass, Jonathan Creek, Holby City, Miss Austen Regrets and Teenage Kicks, which he also co-wrote. He co-founded the band The Bad Shepherds, formed The Idiot Bastard Band with Phil Jupitus and has also written and performed for the Bonzo Dog Doo Dah Band. He has also appeared as a regular TV presenter on programmes such as Ade in Britain and The Dales and was a finalist in the 2011 series of Let’s Dance for Comic Relief.

Rufus Hound plays Roy. Hound’s current role as Francis Henshall in the West End run of One Man, Two Guvnors follows his performance in the UK tour of the National Theatre’s award-winning production. Other acting credits include Utopia (Soho Theatre) and a leading role in the film The Wedding Video, written by Tim Firth.

He recently presented BBC Radio 4’s My Teenage Years, a series in which celebrities talk about the diaries that they kept during adolescence. The programme was a Silver Winner in the Best Comedy category at the 2013 Sony Radio Awards. Hound has appeared as a regular panellist on numerous popular television quiz and comedy shows including Celebrity Juice, Argumental and Would I Lie to You? He took part in Let’s Dance for Sport Relief, winning the 2010 series for his memorable performance as Cheryl Cole, dancing to Fight For This Love.

John Marquez plays Neville. His Chichester credits include A Midsummer Night’s Dream and I Caught My Death in Venice. Other theatre credits include West End productions of Privates on Parade and The Anniversary, Ragtime (Regent’s Park Open Air Theatre), The Taming of the Shrew (RSC), A Flea in Her Ear (The Old Vic), The Emperor Jones, Market Boy and Sing Yer Heart Out for the Lads (all for the National Theatre).

Tim McMullan plays Angus. His theatre credits include A Flea in Her Ear (The Old Vic), The Cherry Orchard, Present Laughter, Coram Boy, His Dark Materials, The Caucasian Chalk Circle, Murmuring Judges and Racing Demon (all for the National Theatre), West End productions of The Misanthrope and The Deep Blue Sea (also UK tour), The Noise of Time, Light, Three Lives of Lucie Cabrol and The Master and Marguerita (all for Complicité).

Chichester Associate Angus Jackson directed the 2013 Olivier Award-winning production Goodnight Mister Tom, and directs two other Festival 2013 productions, If Only (which played from 14 June – 27 July) and King Lear (31 October – 30 November). Jackson’s other Chichester credits include The Browning Version (also West End), Bingo (also Young Vic), Wallenstein and Funny Girl. He has also directed Elmina’s Kitchen, Fix Up, Rocket to the Moon and The Power of Yes for the National Theatre.

Designer Robert Innes Hopkins renews his collaboration with Jackson following their previous Chichester productions:Goodnight Mister Tom (UK tour and West End), Bingo (also Young Vic) and Wallenstein. He will also design the Festival 2013 production of King Lear. Other credits include Clybourne Park (Royal Court Theatre and West End), The Malcontent and The Comedy of Errors (both RSC), and the National Actors Theatre production of The Resistible Rise of Arturo Ui, which featured Al Pacino in the title role.

Lighting Design is by Howard Harrison whose Chichester credits include Festival 2013’s The Pajama Game, The Way of the World, Love Story (which transferred to the West End), Hay Fever, The House of Special Purpose, The Music Man, The Circle, Twelfth Night, Macbeth (which transferred to the West End, BAM and Broadway, and for which he won the Olivier Award for Best Lighting Design and was nominated for a Tony Award), The Water Babies and Nocturne for Lovers. Other theatre credits include West End productions of Backbeat, Butley, Glengarry Glen Ross, Guys and Dolls, Ragtime and Heroes.

Sound Design is by Paul Groothuis whose Chichester credits include Festival 2013’s The Pajama Game, Kiss Me, Kate, Sweeney Todd and Rosencrantz and Guildenstern Are Dead, all of which transferred to the West End. Other credits include His Dark Materials, Edmond, Henry V and A Streetcar Named Desire (all for the National Theatre), Anything Goes, My Fair Lady and All My Sons (National Theatre and West End), as well as the West End productions of Children’s Hour and Flare Path.

Composer is Isobel Waller-Bridge whose Chichester credits include Festival 2013’s If Only, Mydidae (Soho Theatre and West End), A Woman killed with Kindness and A Christmas Carol (both for the National Theatre), Blink and The Girl with the Iron Claws.

After Words – join some of the Neville’s Island Company after the performance to discover more about the production on Monday 23 September. 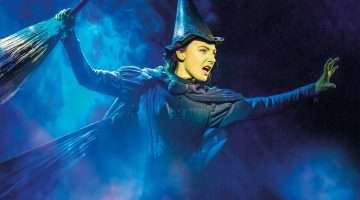