Rising young Irish star Sarah Greene in The Cripple of Inishmaan at the Noel Coward Theatre. 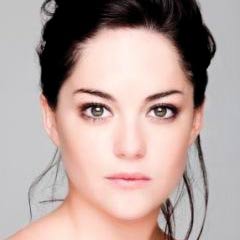 Hot young Irish actress Sarah Greene has been tipped for the top by none other than her current director Michael Grandage: “She’s going to be an absolute white hot talent!” he told Baz in the Daily Mail this month.

Her theatre credits so far include Alice in Funderland at the Abbey Theatre, Big Maggie, Playboy of the Western World, The Year of the Hiker and The Empress of India for the Druid Theatre Company and Between Foxrock and a Hard Place. Film work includes The Guard, My Brothers, Love and Savagery, Eden, Noble and Standby.

Cast by Michael Grandage to play alongside Daniel Radcliffe in The Cripple of Inishmaan is not a bad way to break into London theatre!