Regent’s Park finds itself a new Maria as Charlotte Wakefield takes the lead in The Sound of Music at the Open Air Theatre. 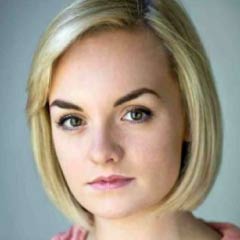 Rising musicals star Charlotte Wakefield has been cast in the lead role of Maria in the Open Air Theatre’s new production of The Sound of Music (25 July to 7 September 2013).

The actress made her West End debut in Spring Awakening at the Novello Theatre in 2011, playing the starring role of Wendla Bergman in the Lyric Hammersmith production, which earned her a Best Actress in a Musical Olivier Award nod.

Charlotte has also played the lead role of Sophie in the West End and international touring productions of Mamma Mia!

Charlotte Wakefield stars alongside Michael Xavier as Captain von Trapp  in The Sound of Music.