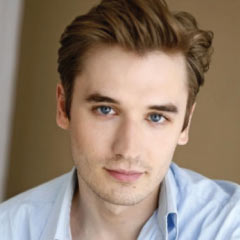 War Horse and The Curious Incident of the Dog in the Night-time director Marianne Elliott’s next project is to direct Kim Cattrall and Seth Numrich in a new production of Tennessee Williams classic Sweet Bird of Youth.

Seth Numrich most recently starred in the celebrated Broadway production of Golden Boy at the Lincoln Center Theater. Other stage appearances include playing Lorenzo in Shakespeare’s The Merchant of Venice, off-Broadway in Iphigenia 2.0 and Slipping, and as Albert in the original Broadway cast of War Horse, directed by Marianne Elliott and Tom Morris.

Seth is the youngest person to ever be accepted by Juilliard (when he was 16).