A Chorus Line – Round-up of reviews

A round-up of reviews of A Chorus Line at the London Palladium.

A round-up of reviews of A Chorus Line at the London Palladium. 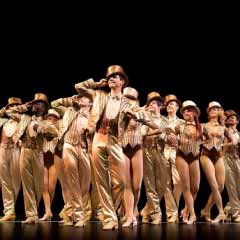 A Chorus Line at the London Palladium

Reviews are in for the major new revival of Tony award-winning Broadway musical A Chorus Line at the London Palladium, featuring the late Marvin Hamlisch’s score and a brand new production by Bob Avian.

Starring Scarlett Strallen as Cassie, Victoria Hamilton-Barritt as Diana, John Partridge as Zach and Leigh Zimmerman as Sheila, critics have been kind to the show, with most reviews raving about both the show and production.

In A Chorus Line, auditions are underway for a new Broadway musical. For everyone present, it’s the chance of a lifetime. It’s the one opportunity to do what they’ve always dreamed of – to have the chance to dance. Told through captivating song, riveting drama and stunning choreography, the auditionees describe the events that have shaped their lives and their decisions to become dancers.

Read reviews from The Guardian, Telegraph, Daily Mail and more.

Viewing this on a mobile or tablet? Click here to see the reviews

“The current cast bring their own personalities to the roles and, in addition to Strallen, there is striking work from Leigh Zimmerman as the sassy Sheila, Victoria Hamilton-Barritt as a would-be actor, and Gary Wood as the Puerto Rican boy who always longed to be Cyd Charisse.”

“The current production also follows hard on the heels of the death last summer of Marvin Hamlisch, who wrote the wonderful music, so brilliantly evoking both the glitz and the grind of showbiz. It makes an outstanding memorial to a versatile talent who will be much missed.”

“Not everything has stood the test of time — there are moments that feel flat or contrived. And while the music sometimes fizzes, Marvin Hamlisch’s score is not a truly great one. Still, the rhythm of the show is seductive. Its best sequences are exhilarating or raw, and the finale is majestic. Running at two hours with no interval, it’s a tight and entertaining celebration of physicality — and of life.”

“The show has been spellbindingly revived in London by its original co-choreographer Bob Avian, who now directs, and Baayork Lee, who is one of the show’s original cast faithfully restaging its choreography.”

“A strong cast includes Victoria Hamilton-Barritt as a hard-willed Latina, Leigh Zimmerman as a six-foot vamp, and a slightly shrill Rebecca Herszenhorn as a once flat-chested loser who sorted herself out by buying some curves.

After seeing this memorable but challenging show you will certainly never again ignore the high-kickers and smile-pingers of a chorus line.” 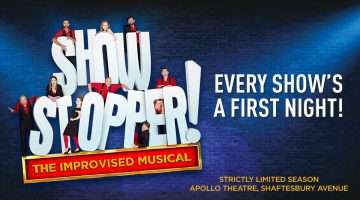