Grey Gardens is the hilarious and bittersweet musical about Jaqueline Kennedy Onassis’ eccentric family and based on Albert and David Maysles 1975 iconic documentary.

Grey Gardens which stars Sheila Hancock and Jenna Russel as the eccentric mother and daughter is to receive its UK premiere at Southwark Playhouse in 2016. 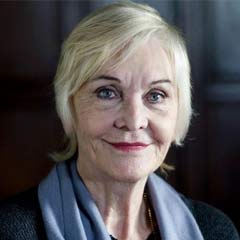 To many, Sheila Hancock is nothing short of a national treasure with a career spanning theatre, television, radio and film.

Theatre work includes her West End debut in 1958 in Breath of Spring, Joan Littlewood’s Theatre Workshop production of Make Me An Offer, One Over the Eight with Kenneth Williams, her Broadway debut in Entertaining Mr Sloane, Miss Hannigan in Annie, Mrs Lovett in Sweeney Todd, work at the RSC and National Theatre, and Mother Superior in Sister Act the Musical at the London Palladium. In 2007 she won an Olivier Award for her performance in Cabaret.  Sheila was last in the West End in the 2013 production of Barking in Essex alongside Lee Evans at the Wyndham’s Theatre.

Film roles include Carry On Cleo, The Anniversary, The Wildcats of St Trinian’s, Buster, Three Men and a Little Lady and The Boy in the Striped Pyjamas.