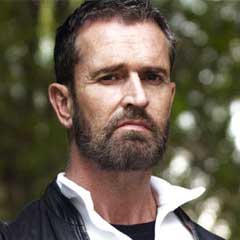 Following great reviews at Hampstead Theatre for the play, production and Rupert Everett, The Judas Kiss has transferred into the West End’s Duke of York’s Theatre for a limited season.

Rupert’s TV work includes The Far Pavilions, Sherlock Holmes and the Case of the Silk Stocking and Parade’s End, and films range from his first break-out hit, Another Country alongside Colin Firth in 1984, to Dance with a Stranger, Arthur the King, Duet for One The Comfort of Strangers, Pret-à-Porter 1994, The Madness of King George, My Best Friend’s Wedding, Shakespeare in Love, An Ideal Husband, The Importance of Being Earnest, the Shrek movies, Stardust and Hysteria.