Oscar winning actress Helen Mirren returns to the role of Her Majesty The Queen in Peter Morgan’s new drama The Audience. 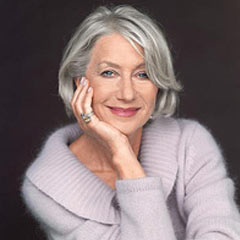 Helen Mirren has never been scared of returning to play a character that she loves. She immortalised DCI Jane Tennison in the extraordinary ITV detective series Prime Suspect over a period of 15 years, with the final two instalments both coaxing her back to the part.

So it’s not unexpected that Mirren has agreed to return to another role for which she has enjoyed huge acclaim, and another notably strong female character at that.

Her Oscar-winning performance in Peter Morgan’s film The Queen, set against the death of Princess Diana, was a career-defining role for the actress.

And now Peter Morgan has returned to the subject of Her Maj in new stage play The Audience, that covers The Queen’s weekly private audiences with her Prime Ministers, to open at the Gielgud Theatre from 15 February 2013.

With Stephen Daldry, fresh from his Olympics success, directing the play and Bob Crowley designing, we expect great things.

Book tickets to The Audience at the Gielgud Theatre in London