For the first time in the West End, the Dickens classic Great Expectations is staged in a brilliant and haunting new production directed by Graham McLaren and starring Paul Nivison, Taylor Jay-Davies and Paula Wilcox.

Graham McLaren’s ‘outstanding’ ‘haunting’ and ‘utterly brilliant’ production brings some of the most memorable characters ever created to life. The beautiful, chilling Estella, the terrifying convict Magwitch, the manipulative Jaggers, the tragic and mysterious Miss Havisham and Pip looking back on his young self – a boy with ‘great expectations’. 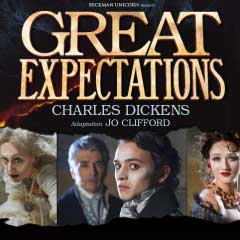