Greg only met Ginny a month ago but has already made up his mind that she’s the girl for him. When she tells him that she’s going to visit her parents, he decides this is the moment to ask her father for his daughter’s hand. Discovering a scribbled address, he follows her to Buckinghamshire where he finds Philip and Sheila enjoying a peaceful Sunday morning breakfast in the garden. The only thing is… they’re not Ginny’s parents.

Felicity Kendal is one of the UK’s most popular actresses who shot to fame with her role in BBC television’s The Good Life. This will be the first time she has starred in a play by Alan Ayckbourn since the West End premiere of The Norman Conquests in 1973.

Jonathan Coy’s many television credits include Rumpole, Hornblower, Brideshead Revisited, Downton Abbey and Foyle’s War. On stage he has starred in Nicholas Nickleby, Donkey’s Years and in the 2011 West End production of Much Ado About Nothing, with David Tennant.

Lindsay Posner is an award-winning director, known for his work in the West End and at the Royal Court Theatre, the Royal Shakespeare Company and the National Theatre. His recent productions include Noises Off at the Old Vic and Abigail’s Party which played Bath prior to a West End run. 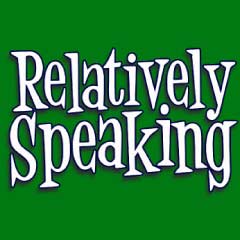