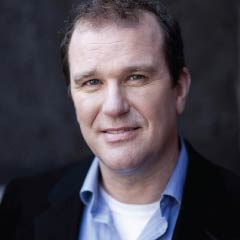 Douglas Hodge has had a long and varied career but headlining a major new, big-budget West End musical that has Broadway ambitions and Skyfall director Sam Mendes at the helm is a watershed moment for the star.

For in May this year he will start performances as Willy Wonka in Roald Dahl’s much-loved and much-filmed Charlie And The Chocolate Factory (Theatre Royal Drury Lane London from 18 May 2013).

Hodge’s career runs the full gamut, from stage to screen, from drama to musicals, with a bit of directing and writing in there for good measure.

On stage he won Oliver and Tony Awards for his performance as Albie in La Cage aux Folles in the West End and on Broadway. National Theatre works includes A Matter of Life and Death, Betrayal, Blinded by the Sun, Pericles and King Lear. Almeida work includes No Man’s Land, Moonlight at the Almeida and Comedy and Coriolanus. Other West End work includes Inadmissible Evidence at the Donmar, Guys and Dolls at the Piccadilly, Dumb Show at the Royal Court, Titus Andronicus at the Globe, The Collection/The Lover at the Donmar and A Winter’s Tale at the RSC and Roundhouse.

On TV Douglas Hodge has been seen in shows including One Night, Outnumbered, Skins, Mansfield Park and Middlemarch – and soon to air drama Coup, and his film roles include playing Paul Burrell alongside Naomi Watts in forthcoming Princess of Wales movie Diana, Robin Hood and Vanity Fair.

Further casting for Charlie and the Chocolate Factory at the Theatre Royal Drury Lane is to be announced shortly.

NEWS: Charlie and the Chocolate Factory