Actor Lloyd Owen joins Heather Headley in The Bodyguard at the Adelphi Theatre. 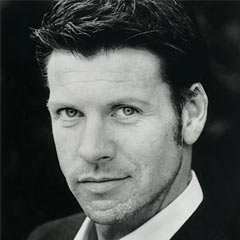 Kevin Costner is not an easy act to follow, but that’s what Lloyd Owen will do this autumn as he takes on the part of Frank Farmer – aka the bodyguard – in a major new musical version of the hit film that starred the late Whitney Houston.

Lloyd Owen is no stranger to the stage having played a range of heavy-hitting roles including The York Realist at the Royal Court, Julius Caesar at the Young Vic and Who’s Afraid of Virginia Woolf? at the Almeida.

Book tickets to The Bodyguard at the Adelphi Theatre