This autumn Laurence Fox stars as Joe in Our Boys, a funny and honest drama about six young soldiers recovering from the injuries they have suffered on the front line. 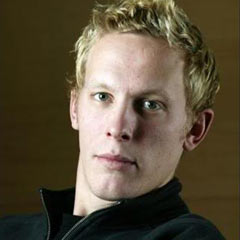 Laurence Fox trained at RADA, and his stage work includes Peter Hall’s production of Mrs Warren’s Profession at the Strand Theatre, Tis a Pity She’s a Whore as Southwark and Christopher Hampton’s Treats at the Garrick Theatre.

Laurence Fox is married to actress Billie Piper, who makes her National Theatre debut this autumn in The Effect.

Book tickets to Our Boys at the Duchess Theatre in London