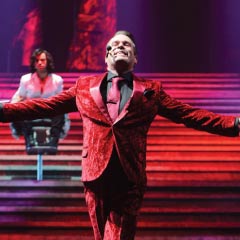 The show divides critical opinion quite starkly, with a number of critics loving the spectacle and show’s modern-day setting against the backdrop of the Occupy London protesters, but others finding the volume and the scale of the show working against the material. Most critics praise the performances.

See reviews below including from The Guardian, Telegraph and Independent. Viewing this on a tablet or phone? Click here.

“Andrew Lloyd Webber, [who] should have known better than to crucify his own child by presenting it in this arena format with a Jesus (Ben Forster) cast from a TV talent show, a former Spice Girl – Mel C – as Mary Magdalene, and Tim Minchin as Judas… it is Chris Moyles’s leering turn as Herod, a game show host in red crushed velvet demanding the audience vote whether this Jesus is a fraud or a lord, which is the surprise success of an unconvincing evening.”

“He might have won an ITV talent show to be crowned Jesus Christ Superstar, but while Ben Forster was incredible in the title role of the new arena tour there is only one true superstar in the show- Tim Minchin”

“Ben Forster, who won the role of Jesus on ITV’s Superstar, proves that the public vote can sometimes get things right: he looks great and sings powerfully. Melanie Chisholm, a lovely relaxed Mary Magdalene, proves again that she was too good for the Spice Girls; while Chris Moyles, delightful as Herod, proves that there is life beyond Radio 1. But it is Minchin who proves that Jesus Christ Superstar is a work of conceptual genius.”

“a thrilling production by Laurence Connor that uses the insignia of Occupy London, newsreel and video reportage and a game show voting process at the court of King Herod – is he a Lord or a Fraud, ladies and gentlemen, text this number – to renew the energy of political insurgency and repression.”

“I’ve seldom seen a production as utterly misconceived and overblown as this one. That’s partly, of course, a function of trying to fill such a vast stage and reach such a huge audience.” 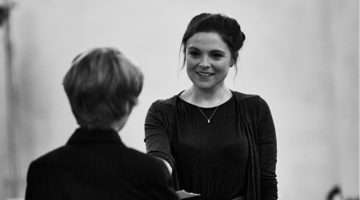