The producers of Shrek The Musical have announced that the show is to close at the Theatre Royal Drury Lane in London on 24 February 2013. The show opened at Drury Lane on 14 June 2011.

Charlie and The Chocolate Factory to replace Shrek at the Theatre Royal Drury Lane.

The producers of Shrek The Musical have announced that the show is to close at the Theatre Royal Drury Lane in London on 24 February 2013. The show opened at Drury Lane on 14 June 2011. 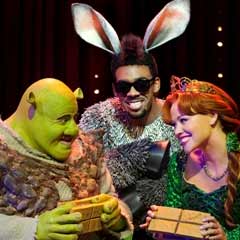 Shrek The Musical to close at the Theatre Royal Drury Lane

Based on the hit movie franchise, the London production was deemed to be the best production so far following a short and costly Broadway run in 2009. The show is expected to go on a UK tour in 2014.

Shrek producer Bill Damaschke, who is Chief Creative Officer for DreamWorks Animation, said that, “it is not without sadness that we have decided to leave next year”. DreamWorks plans to bring its productions of Madagascar Live!, and How To Train Your Dragon to the UK in 2013.

Sam Mendes and Caro Newling of Neal Street Productions, who manage the production in the UK, will now produce Charlie and the Chocolate Factory at the venue next year, directed by Mendes. They have been searching for a large-enough home for the musical for a number of months, with the Theatre Royal Drury Lane always top of the list.

Shrek The Musical has book and lyrics by David Lindsay-Abaire, music by Jeanine Tesori and is based on William Steig’s book and the DreamWorks animated movies. Direction is by Jason Moore and Rob Ashford, with designs & costumes by Tim Hatley. 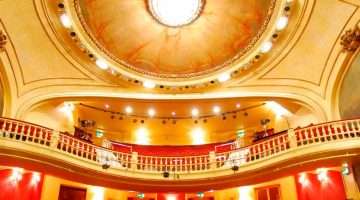