It's sad news that theatrical institution Dress Circle is set to close this month, on 15 August 2012, after 33 years in business.

It’s sad news that theatrical institution Dress Circle is set to close this month, on 15 August 2012, after 33 years in business.

The Covent Garden store has long been a meeting place for lovers of musicals and has provided a nice sense of community within the West End for theatregoers and performers alike. 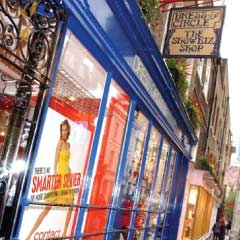 The end of an era, as Dress Circle set to close

But the reality is that it has also struggled to keep up against the internet onslaught, with ever more songs being downloaded, bought on Amazon and streamed for free on services such as Spotify.

The showbiz signings and theatre outings were clever ways to deliver something that the web can’t – real-life experiences – but they haven’t converted into cold, hard cash.

The theatre community has tried to help, although the benefit concert held a few months ago does not seem to have delivered much in the way of funds.

If the theatre community really wanted to help then it is theatre owners that probably hold the key. Whilst it is inevitable that Dress Circle now needs to exist online in the shape of its website, www.dresscircle.co.uk, some kind of physical presence would also make sense – for Dress Circle and the whole theatre industry.

Like Dress Circle, theatres are retailers of merchandise as much as hosts of theatrical experiences, and a store that pulls together merchandise from across all of London’s theatres into one place seems like a no-brainer.

It’s hard to believe there isn’t room somewhere (The Palace?) for a physical focal point for Dress Circle’s real-world events and a shop-window for its activities – and the merchandising activities of the whole theatre industry. 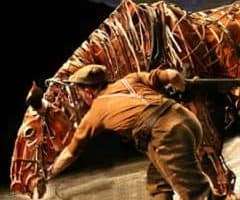