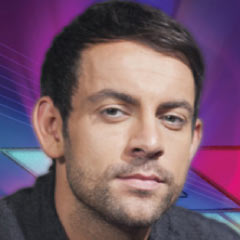 Unknown performer Ben Forster has won the role of a lifetime by beating thousands of hopefuls to be cast as Jesus in a new production of Jesus Christ Superstar.

Winner of TV talent show show Superstar, Ben will star in the major new arena tour production of Jesus Christ Superstar this autumn at venues across the UK.

National Youth Theatre and Italia Conti stage school alumni, Ben has played Doody in Grease and appeared on The X Factor in 2009. But winning TV talent show Superstar on ITV on 25 July 2012 has projected the young performer into the big league.

Ben Forster will be joined in Jesus Christ Superstar by Melanie C as Mary Magdalene, Tim Minchin as Judas and Chris Moyles as Herod.