Lysander loves Hermia and Hermia loves Lysander. Helena loves Demetrius; Demetrius used to love Helena but now loves Hermia. When Hermia’s father insists she choose Demetrius as a suitor she escapes with Lysander into the surrounding forest where Oberon and Titania, the King and Queen of the Fairies are having their own battle of love. As the human and magical worlds collide mischief and chaos erupt as love at first sight proves a reality for some and makes an ass of others.

Sheridan Smith plays Titania and David Walliams plays Bottom in this new production of one of Shakespeare’s greatest comedies. 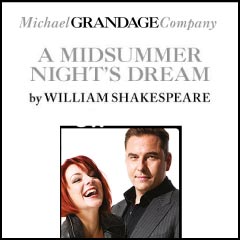