The Wizard of Oz starring Des O’Connor: Save £25 on tickets to see this smash-hit show 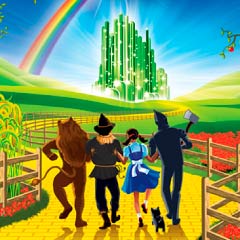 Presenting a great ticket offer on Andrew Lloyd Webber’s major new production of The Wizard of Oz at the London Palladium. Starring Over The Rainbow finalist Sophie Evans and legendary British entertainer Des O’Connor (from 22 May 2012), Westendtheatre.com readers can save up to £25 on tickets to see the show this winter.

The multi-million pound production, which features songs from the Oscar-winning movie plus specially written new songs by Lloyd -Webber and Tim Rice, opened on 1 March 2011 and continues to delight audiences of all ages at the Palladium.

The show stars Sophie Evans, finalist of the BBC talent show Over the Rainbow, as Dorothy in the new production. Also starring in the show is legendary entertainer Des O’Connor (from 22 May) as The Wizard of Oz, Marianne Benedict (Crazy for You) as the Wicked Witch of the West, Paul Keating (Tommy) as Scarecrow, Edward Baker Duly (Copacabana) as Tin Man, David Ganly (Chicago) as Cowardly Lion and Emily Tierney (All the Fun of the Fair) as Glinda.

The team behind the 2006 revival of The Sound of Music has created the show, including director Jeremy Sams, designer Robert Jones and choreographer Arlene Phillips. 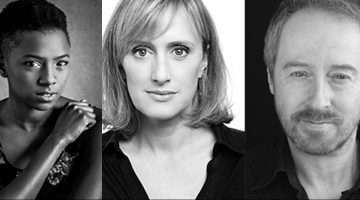