The Duchess of Malfi – Reviews Round-up

Reviews of the Duchess of Malfi at the Old Vic Theatre starring Eve Best.

Reviews of the Duchess of Malfi at the Old Vic Theatre starring Eve Best. 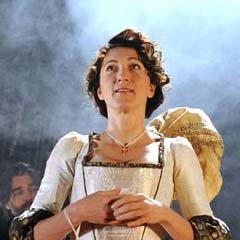 Eve Best in The Duchess of Malfi

Jamie Lloyd’s new production of John Webster’s classic Jacobean tragedy The Duchess of Malfi has opened at the Old Vic. In the title role is Eve Best (Nurse Betty), joined by Game of Thrones star Harry Lloyd as Ferdinand, Tom Bateman as Antonio Bologna and Finbar Lynch as The Cardinal Of Aragon.

Webster’s poetic masterpiece tells the dark and bloody story of the recently widowed Duchess as she struggles to retain strength and dignity in the face of death.

See reviews below from the Guardian, Telegraph, Evening Standard and more.

“Jamie Lloyd has come up with that comparative rarity these days: a classical revival that delights in the original’s language and period setting. And Eve Best gives a compelling performance that measures up to such past duchesses as Helen Mirren and Harriet Walter.”

“Momentum is key. Even the most poetic lines are never allowed to hang illustratively upon the air. It’s not just Ann Yee’s movement work that’s animated, it’s the text itself which is either shot like arrows at other characters or directly at the audience. That’s combined with a swiftness of thought that, paradoxically, makes the ideas and language more rather than less legible.”

“In some of the smaller roles there are notes of hamminess. And in the larger role of the duchess’s brother Ferdinand, the skilful Harry Lloyd feels miscast. He conveys the character’s twisted obsessions as he falls victim to lycanthropy, an exotic illness which causes him to behave like a wolf. Yet he is ten years too young to play a man who is meant to be the duchess’s twin.” 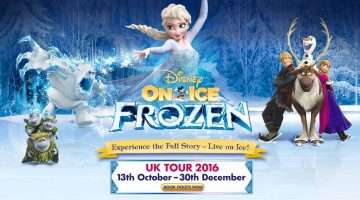