Michael Crawford To Continue As The Wonderful Wizard Of Oz!

MICHAEL CRAWFORD is to continue in his starring role of The Wizard in ANDREW LLOYD WEBBER’s new production of THE WIZARD OF OZ.

MICHAEL CRAWFORD is to continue in his starring role of The Wizard in ANDREW LLOYD WEBBER’s new production of THE WIZARD OF OZ.

Michael has been thrilling audiences since the show opened at the LONDON PALLADIUM on 1 March 2011 and now he will star in the iconic role until Sunday 5 February 2012.

In addition to the eponymous role, Michael also plays the characters of The Wizard in disguise as both the doorman and the tour guide in the Emerald City, as well as Professor Marvel, for whom a new song has been specially written, The Wonders of the World. This is one of several brand new songs by ANDREW LLOYD WEBBER and TIM RICE, which also include Red Shoes Blues, a solo for The Wicked Witch of the West and Dorothy’s opening number Nobody Understands Me.

THE WIZARD OF OZ combines these new musical numbers, which mark the first time Andrew and Tim have worked together in over 30 years on a new production, with all the much-loved songs from the Oscar-winning movie score.

MICHAEL CRAWFORD is internationally renowned for originating the title role in The Phantom of the Opera and loved by millions for his role as the hapless Frank Spencer in the classic British sitcom, Some Mothers Do ‘Ave ‘Em. His hugely successful career spans four decades, and includes his triumphant performance in the hit show Barnum at the London Palladium. He is a multi Olivier and Tony-award winning star whose acclaim encompasses theatre, television and film and he was appointed an OBE in 1988.

Michael stars alongside DANIELLE HOPE, the winner of the BBC smash hit talent show Over The Rainbow, who is Dorothy, EDWARD BAKER-DULY (Tin Man), DAVID GANLY (Lion), PAUL KEATING (Scarecrow), EMILY TIERNEY (Glinda) and HANNAH WADDINGHAM (as The Wicked Witch of the West).

The Wizard of Oz by L Frank Baum is directed by Jeremy Sams, choreographed by Arlene Phillips, music and lyrics by Harold Arlen and E Y Harburg, with additional music and lyrics by Andrew Lloyd Webber and Tim Rice, set and costumes designs by Robert Jones, and produced by Bill Kenwright and the Really Useful Group. 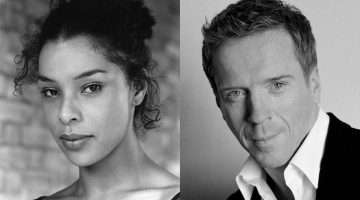