Robert Sheehan has become a bit of a sex symbol since his breakthrough role as Nathan in E4’s hugely successful series Misfits. 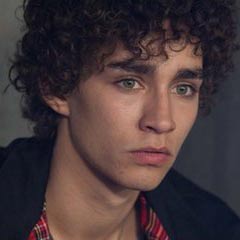 Robert won a BAFTA nomination for the role, and now he’s setting his sights on the stage as he gears up to make his professional theatre début as Christy Mahon in John Crowley’s new production of Irish classic The Playboy of the Western World at the Old Vic Theatre.

Robert’s other  TV credits include forthcoming BBC adaptation of The Borrowers, Love/Hate and the Red Riding Trilogy. Film credits include Killing Bono with Ben Barnes and Season of the Witch with Nicholas Cage.

He stars in  The Playboy of the Western World alongside Ruth Negga and Niamh Cusack, from 17 September 2011 at the Old Vic.