The play sees Samuel Barnett as Rosencrantz reunite with his fellow History Boys co-star Jamie Parker as Guildenstern, with Chris Andrew Mellon stepping into the part of The Player after Tim Curry was forced to pull-out due to ill health.

The revival of Tom Stoppard’s 1966 play is directed by Trevor Nunn as part of his season of productions at the Theatre Royal Haymarket, which launched with Flare Path.

More News on Rosencrantz and Guildenstern are Dead 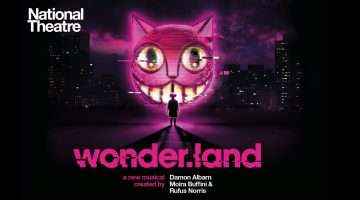 WONDER.LAND at the NT’s Olivier Theatre