My Fair Lady composer Alan Jay Lerner was honoured this Wednesday, 14 June 2011, with the unveiling of a plaque in St Paul’s Church, Covent Garden.

Twenty-five years after his death, the plaque was unveiled by his widow, Love Never Dies actress Liz Robertson, during a service which celebrated the successful composer’s life and work.

Friends and family attended the ceremony, including a number of theatre names including lyricists Don Black and Tim Rice, and actors Anthony Andrews, Russ Abbott, Jasper Britton and Tony Britton.

The venue, which is informally known as the Actor’s Church, was especially appropriate given than Alan Jay Lerner’s most famous musical, My Fair Lady, opens with Eliza Doolittle selling flowers from the portico of St Paul’s Church. My Fair Lady was based on the George Bernard Shaw play Pygmalion, which is currently running at the Garrick Theatre in London.

In a touching moment during the ceremony, six actress who have all played Eliza in the past, including Alan Jay Lerner’s wife Liz Robertson and Katie Knight-Adams, Jill Martin, Jean Scott, Amy Nuttall and Sally Ann Howes, all came together to sing ‘Wouldn’t it be Loverly’. 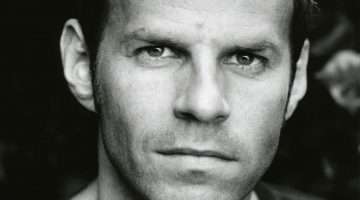 Ben Richards cast in The Bodyguard