Plans have been announced for the 25th anniversary celebrations of The Phantom of the Opera this October.

Plans have been announced for the 25th anniversary celebrations of The Phantom of the Opera this October.

A gala celebration of the long-running show will be staged at the Royal Albert Hall in London. The show’s original choreographer, Gillian Lynne, will stage the spectacle, which will be produced by Phantom’s producer Cameron Mackintosh and the musical’s composer Andrew Lloyd Webber.

Unconfirmed sources suggest that the show will be a fully staged, brand new production of the show which will run for more than just one evening.

The role of the Phantom will be played by Ramin Karimloo, who is currently starring as the Phantom in Lloyd Webber’s sequel to The Phantom of the Opera, Love never Dies at the Adelphi Theatre and has also spent long periods playing in the original show.

The Stage newspaper is also reporting today that Karimloo will be joined by Sierra Boggess, who will reprise the role of Christine after playing the role in Phantom in Las Vegas and in Love Never Dies in London. The actress is currently in rehearsals for a new production of Terrence McNally’s Master Class on Broadway featuring Tyne Daly. 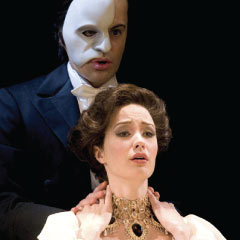 The last celebration for The Phantom of the Opera took place on 23 October last year, to mark the 10,000th performance of the show. Patrick Woodroffe will design the lighting for the show, advised by original Phantom lighting designer Andy Bridge.

Speculation over a concert or special performance of Phantom had been fuelled by Ramin Karimloo posting on Twitter in March that he would be appearing in the 25th anniversary celebrations, and by an Ebay auction held in aid of Comic Relief, to win “two great tickets to the Celebration of Phantom’s 25th Birthday in October 2011 – when he [Karimloo] will don the mask as the original Phantom one more time”.

Michael Crawford, currently playing the Wizard in Lloyd Webber’s new production of The Wizard of Oz at the London Palladium, originated the role of the Phantom, alongside Sarah Brightman as Christine. It is unconfirmed whether Crawford and Brightman will play any part in the celebrations for the show.

The show originally opened at Her Majesty’s Theatre on 9 October 1986 directed by Harold Prince. Over 80 million people have seen the show worldwide, ranking it the most popular entertainment of all time. 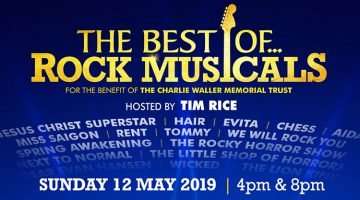