The European premiere of Stephen Sondheim’s latest musical, Road Show, will open at the Menier Chocolate Factory this Summer.

Set in the early part of the twentieth-century, Road Show is based on the fascinating real-life story of two brothers,  Addison and Wilson Mizner. Both are outrageous fortune seekers and their boom-and-bust story stretches from the Klondike and Alaskan Gold Rushes to managing boxers, holding up restaurants, running gambling dens, retailing on Fifth Avenue, owning New York hotels, writing Broadway plays and Hollywood screenplays and trying to capitalise on the great Florida land boom. Irving Berlin started, but did not finish, a musical based on Wilson Mizner’s life.

The production will be directed and designed by the John Doyle, who returns to the show after directing its world premiere at the Public Theatre in New York in 2008. Doyle’s other credits include a Tony award for his 2006 production of Sondheim’s Company, and Mack and Mabel in the West End with David Soul and Janie Dee.

The show has had a complicated past: Sondheim originally called the show Wise Guys, which premiered at the New York Theatre Workshop in 1999 directed by Sam Mendes and starring Nathan Lane and Victor Garber. It was then rewritten and called Bounce, opening in 2003 in Chicago directed by Hal Prince but was not a critical success. Finally Sondheim reworked to show again, and renamed it Road Show. It opened at the Public Theatre’s Newman Theater in New York in 2008 starring Michael Cerveris and Alexander Gemignani, and won positive reviews including the New York Times’s Ben Brantley writing that, “the greatest living master of the American musical has returned artistically to a place where he has always felt most at home” and David Rooney of Variety saying that, “anybody who cares about musical theater should not miss this.”

The Menier has a solid track record of producing Sondheim, with both Sunday in the Park with George and A Little Night Music transferring to the West End and Broadway and winning a number of awards. 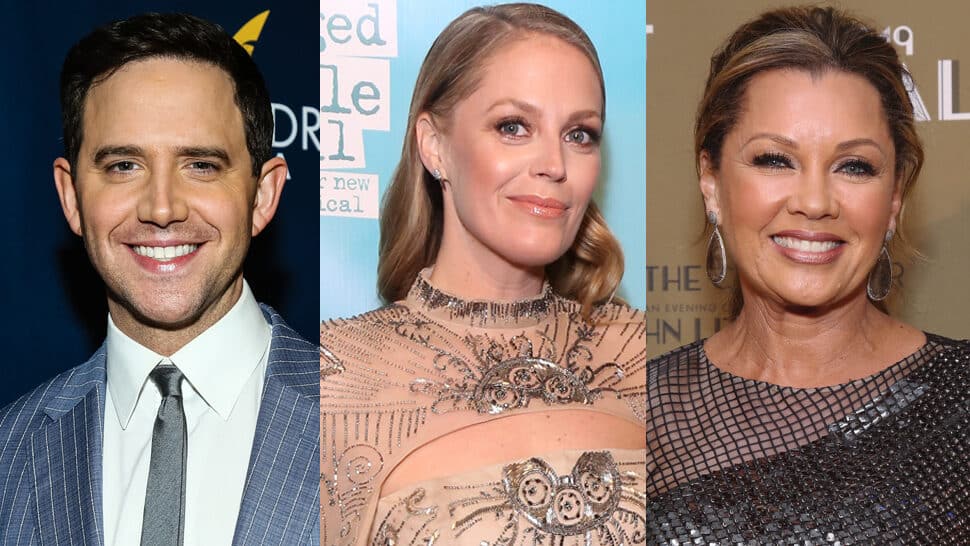