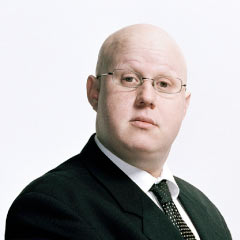 Comedian, screenwriter and actor Matt Lucas, along with comedy partner David Walliams, is most famous for writing and performing in LITTLE BRITAIN, originally a BBC Radio 4 show which became an internationally acclaimed TV series, receiving a number of awards and nominations including 3 BAFTA’s and an Emmy. LITTLE BRITAIN LIVE became one of the world’s largest comedy tours ever, running for over 2 years in the UK and Australia and followed on to LITTLE BRITAIN USA for HBO in the U.S. and BBC1 in the UK.

Their current BBC series, Come Fly With Me, has been recommissioned for a second series.

Matt first joined forces with David when working on ROCK PROFILE IN 1999, shortly before writing for DA ALI G SHOW and as an accomplished actor has performed in SHAUN OF THE DEAD (2004), GAVIN AND STACY (2007), WIND IN THE WILLOWS (2006), KING ARTHUR’S DISASTERS (2006) and FRENCH AND SAUNDERS (2004) along with a multitude of other theatre, radio, film and television shows. Last year, Matt starred as Tweedledee and Tweedledum in Tim Burton’s blockbusting movie, ALICE IN WONDERLAND, and has voiced animated film GNOMEO AND JULIET and forthcoming Christmas film ARTHUR CHRISTMAS.