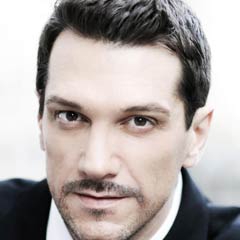 Lucky London. Paulo Szot, who is one of the most exciting voices in international opera, will reprise his Tony award-winning performance as Emile de Becque in the Lincoln Center Theater’s production of South Pacific this summer.

He will be recreating the role of the French plantation owner at the Barbican Centre in London, where the production will run for a limited season of 7 weeks only from 15 August to 1 October.

Last year, Paulo made a triumphant Metropolitan Opera debut in their new production of Shostakovich’s The Nose. His appearances with the New York City Opera include L’Elisir d’Amore, Le Nozze di Figaro, and Carmen.

Paulo Szot stars in the London transfer of the award-winning Lincoln Center production of Rodgers and Hammerstein’s South Pacific, directed by Bartlett Sher. The show opens at the Barbican Theatre from 15 August 2011 and also stars Samantha Womack, Loretta Ables Sayre and Daniel Koek.