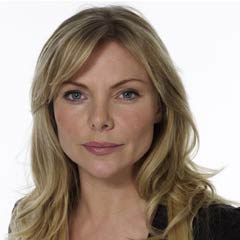 The role marks a return to theatre by Samantha, whose previous stage credits include Harold Pinter’s Betrayal, Grease and the Donmar production in the West End of Guys and Dolls, playing Adelaide.

Her TV work includes playing Ronnie Branning in EastEnders, Babes in the Wood, Game On and recently featuring in Famous, Rich and in the Slums with Lenny Henry, Angela Rippon and Reggie Yates for Comic Relief.

Samantha Womack stars in the London transfer of the award-winning Lincoln Center production of Rodgers and Hammerstein’s South Pacific, directed by Bartlett Sher. The show opens at the Barbican Theatre from 15 August 2011 and also stars Paulo Szot, Loretta Ables Sayre and Daniel Koek.