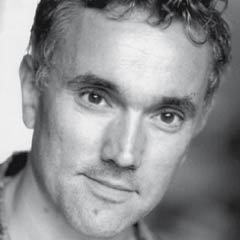 Ben Miles was last on stage playing the Duke in Michael Attenborough’s production of Measure for Measure at the Almeida Theatre.

Previously his theatre credits included Tom in Matthew Warchus’ multi award-winning production of The Norman Conquests both at the Old Vic and on Broadway, produced by Sonia Friedman Productions, My Child for the Royal Court, Bolingbroke in Richard II for the Old Vic, The Cherry Orchard, The London Cuckolds and Mary Stuart for the National Theatre and Two Gentlemen of Verona, Hamlet and Romeo and Juliet for the Royal Shakespeare Company.

Ben’s TV work includes leading roles in Coupling, Lark Rise to Candleford, Freezing and Sex, The City and Me all for the BBC, as well as roles in Cold Feet, Prime Suspect, Hustle, Sea of Souls and Trial and Retribution. His film credits include Speed Racer, V for Vendetta, The Affair of the Necklace and The Wings of a Dove.