A brand-new stage adaptation of The Best Exotic Marigold Hotel is heading to the West End in 2023, following a UK tour

Written by Deborah Moggach who now adapts her bestselling novel 2004’s These Foolish Things for the stage, it having previously inspired the BAFTA and Golden Globe-nominated film. The cherished story will be brought to life on stage when it opens at the Richmond Theatre on Monday 5th September 2022 and is directed by Lucy Bailey (Oleanna, UK Tour & West End); Gaslight, UK Tour; Witness for the Prosecution, London’s County Hall).

Since starting her career at the age of nine, Hayley Mills has shot 33 feature films and has been nominated for many awards. Hayley was twelve years old when she made her first feature film, Tiger Bay, and won an Academy Award at the age of thirteen in 1961 for her leading performance in Pollyanna. She went on to star in such films as The Parent Trap (1961), Whistle Down the Wind (1961), The Family Way (1966), Endless Night (1971), and Appointment With Death (1988).

Recent screen credits include Moving On & Pitching In for BBC One; Compulsion for Channel 5 and the feature film, Last Train to Christmas, directed by Julian Kemp. On stage, Hayley most recently performed off-Broadway in a new comedy play, Party Face, directed by Amanda Bearse.

Of today’s announcement, Hayley Mills comments: “I am delighted to join the company of The Best Exotic Marigold Hotel, as this beautiful story of love and the importance of new beginnings receives a new life as a fantastically feel-good stage play. Tales that warm the heart and lift the spirit are a much-needed tonic at this time and I am thrilled to be visiting so many of the UK’s beautiful towns and cities as part of the production’s exciting journey, later this year.”

Paul Nicholas became a household favourite in the role of Vince Pinner in the celebrated British sitcom Just Good Friends which won the BAFTA award for Best Comedy Series. Paul has continued to star in many TV series including the evil Gavin Sullivan in EastEnders and can be seen as himself in the BAFTA-nominated series The Real Marigold Hotel and Marigold On Tour.

On stage, Paul’s theatrical success began more than fifty years ago in 1968 when he originated the role of Claude in the London premiere of Hair. Following this, in 1972 he originated the role of Jesus in Jesus Christ Superstar. He starred as Danny Zuko in the original West End production of Grease with Elaine Page and as the Rum Tum Tugger in the original production of Cats. His other leading role musical credits include The Exorcist UK Tour, Quartet Cheltenham Theatre and UK tour, Jekyll & Hyde, Barnum, 42nd Street, Singing In The Rain, Dr. Doolittle, A Christmas Carol, Pirates of Penzance, Tale of Two Cities, Fiddler On The Roof and Jerry Herman’s Dear World.

Most recently, Paul’s theatrical ventures have included leading roles in The Exorcist directed by Sean Mathias for a UK tour; Quartet directed by Peter Rowe for the Cheltenham Everyman Theatre and a UK tour; And Then There Were None directed by Joe Harmston for a UK tour Paul has also co-produced numerous shows including Grease, Singing in the Rain, Evita, Pirates of Penzance, Chess and Saturday Night Fever. In 2021 Paul published his autobiography Musicals, Marigolds & Me and a three-CD boxset Paul Nicholas Gold featuring his pop and musical career including Jesus Christ Superstar, Cats, Hair, and Grease.

Paula Wilcox has had an extensive career in television and theatre and can currently be seen in the role of series regular Elaine Jones in Coronation Street (ITV) and as Sandra in Trying Series 1-3 (BBC/ Apple TV). She first came to public attention after she joined the National Youth Theatre at the age of seventeen and was offered the part of Beryl in The Lovers, an ITV sitcom written by Jack Rosenthal and co-starring Richard Beckinsale. A second series and a feature film followed. Paula then went on to star as Chrissie in Man About the House opposite Richard O’Sullivan. The series ran for three years, and she also starred in the feature film of the same name. More recent television includes Living The Dream (Sky); Upstart Crow (BBC); Girlfriends (ITV); Mount Pleasant, series 1-6 (Sky); The Smoking Room, series 1-2 (BBC); Boomers, series 1-2 (BBC); Moving On (BBC); Grantchester (ITV); Still Open All Hours (BBC); Jonathan Creek (BBC); Doctors(BBC); Emmerdale (ITV).

Paula is also renowned for her career in theatre: her favourite roles have included Miss Havisham in Great Expectations (Vaudeville Theatre); Ellie in Canary (Liverpool Everyman, Hampstead Theatre); Shirley in Dreams of Violence (Soho Theatre); Madame Renaud in La Cage Aux Folles (Playhouse Theatre); Shirley Valentine (Duke of York’s); The Queen in The Queen and I (Vaudeville Theatre); Florence in The Female Odd Couple (Apollo Theatre); Lil in the UK tour of Kindertransport; and Marjorie Jones in What Shadows (Birmingham Rep & Park Theatre). Most recently she starred as Daisy in Driving Miss Daisy at York Theatre Royal.

Based on the Sunday Times bestseller which inspired one of this century’s most treasured films, The Best Exotic Marigold Hotel takes us on a journey to India with an eclectic group of British retirees as they embark on a new life. The luxury residence is far from the opulence they were promised, but as their lives begin to intertwine and they embrace the vibrancy of modern-day India, they are charmed in unexpected and life-changing ways.

The Best Exotic Marigold Hotel is a joyous, feel-good comedy about taking risks, finding love, and embracing second chances, even in the most surprising of places. 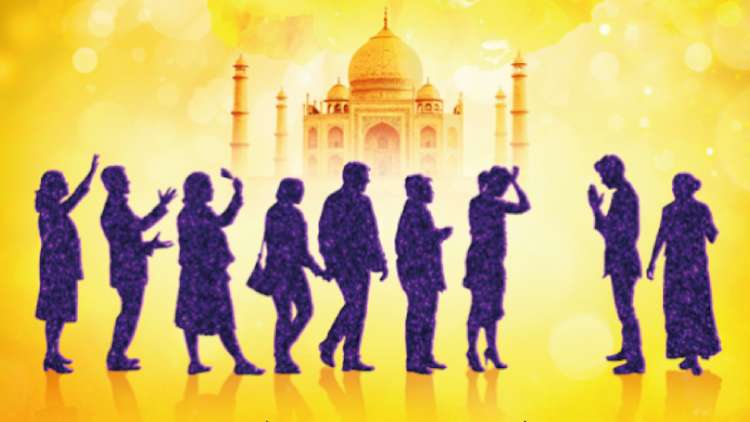 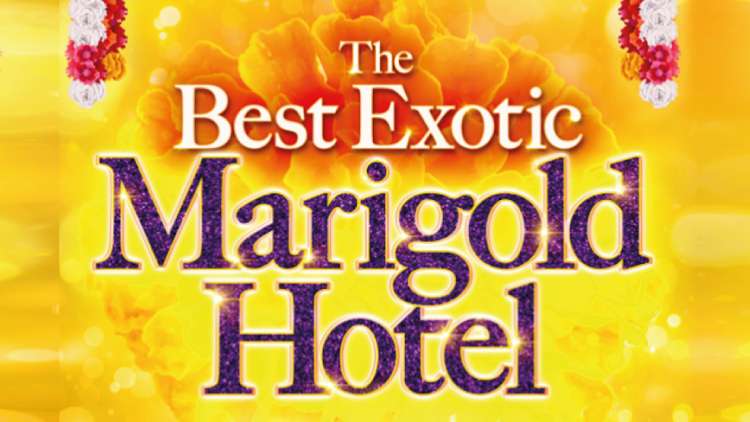 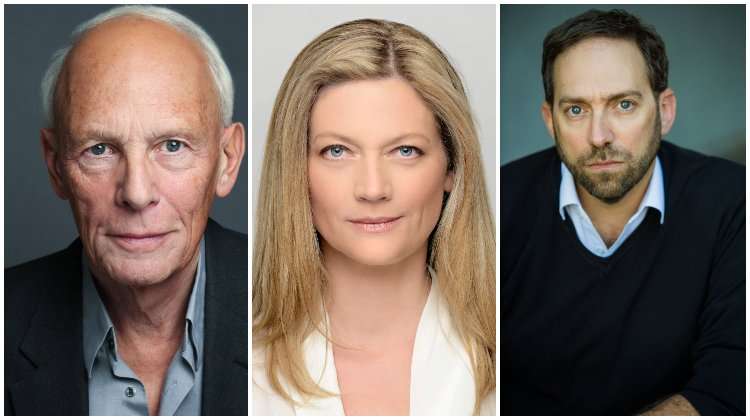 Great Expectations at the Vaudeville Theatre 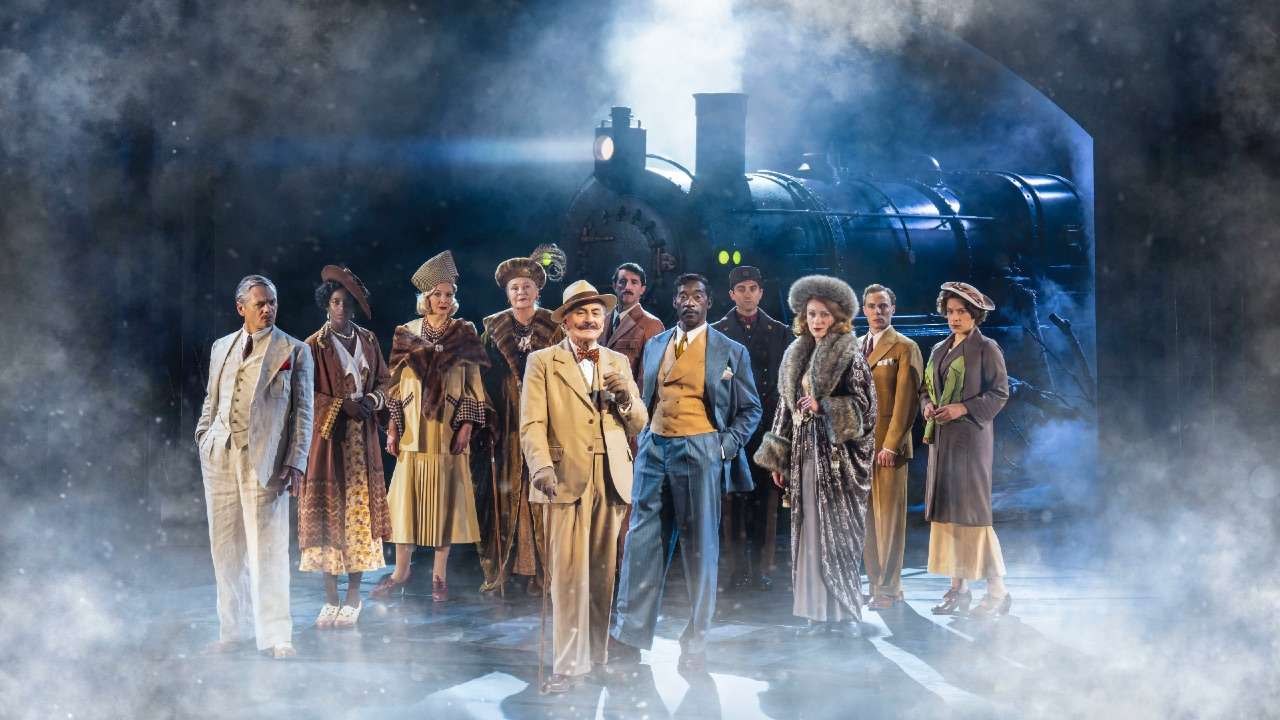 ">
Murder On The Orient Express reviews at Chichester Festival Theatre 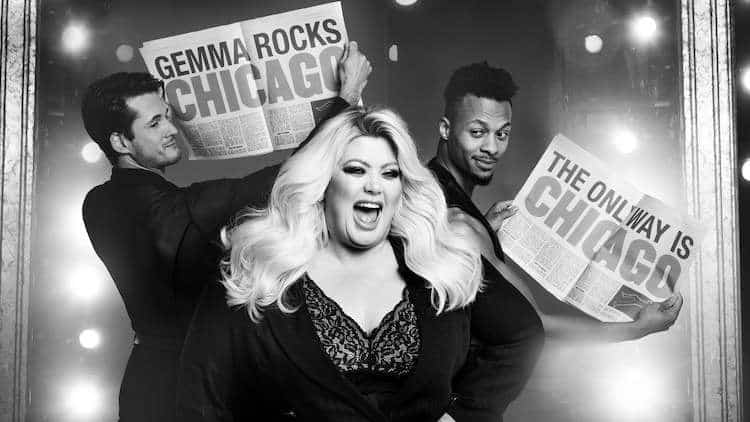 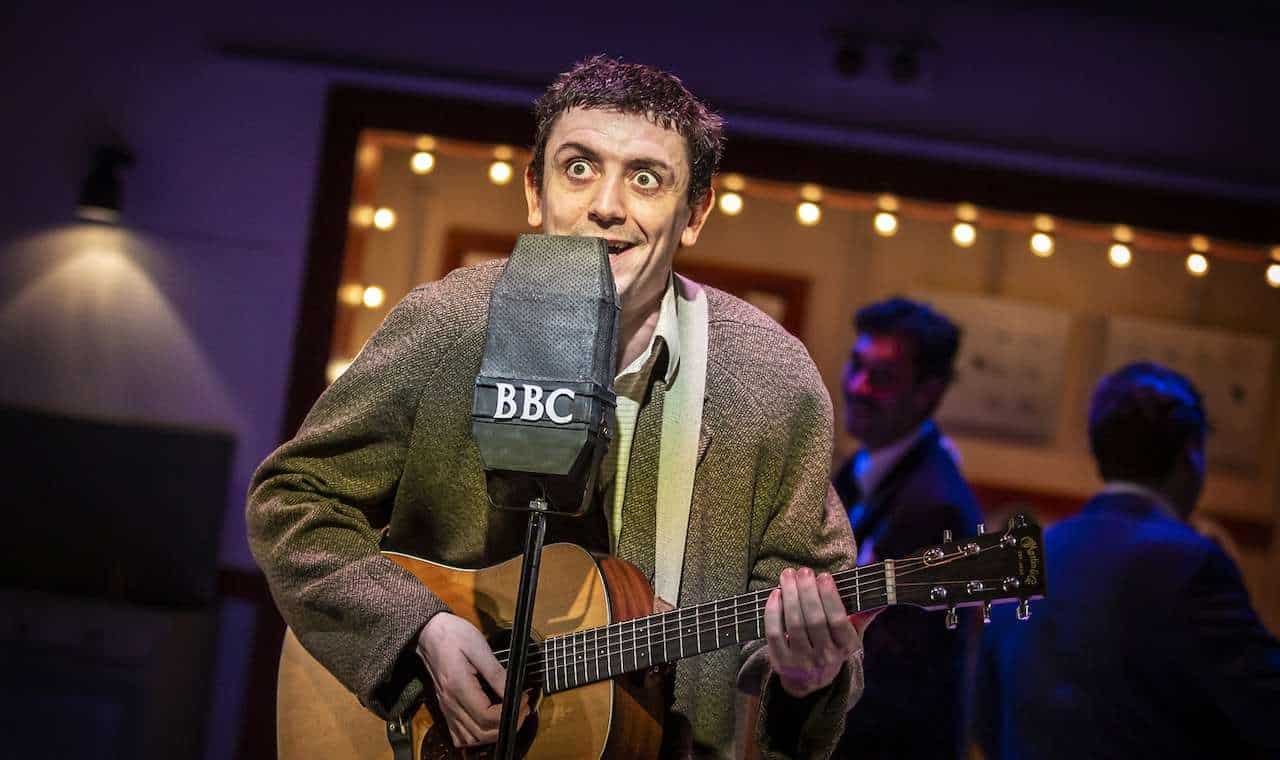 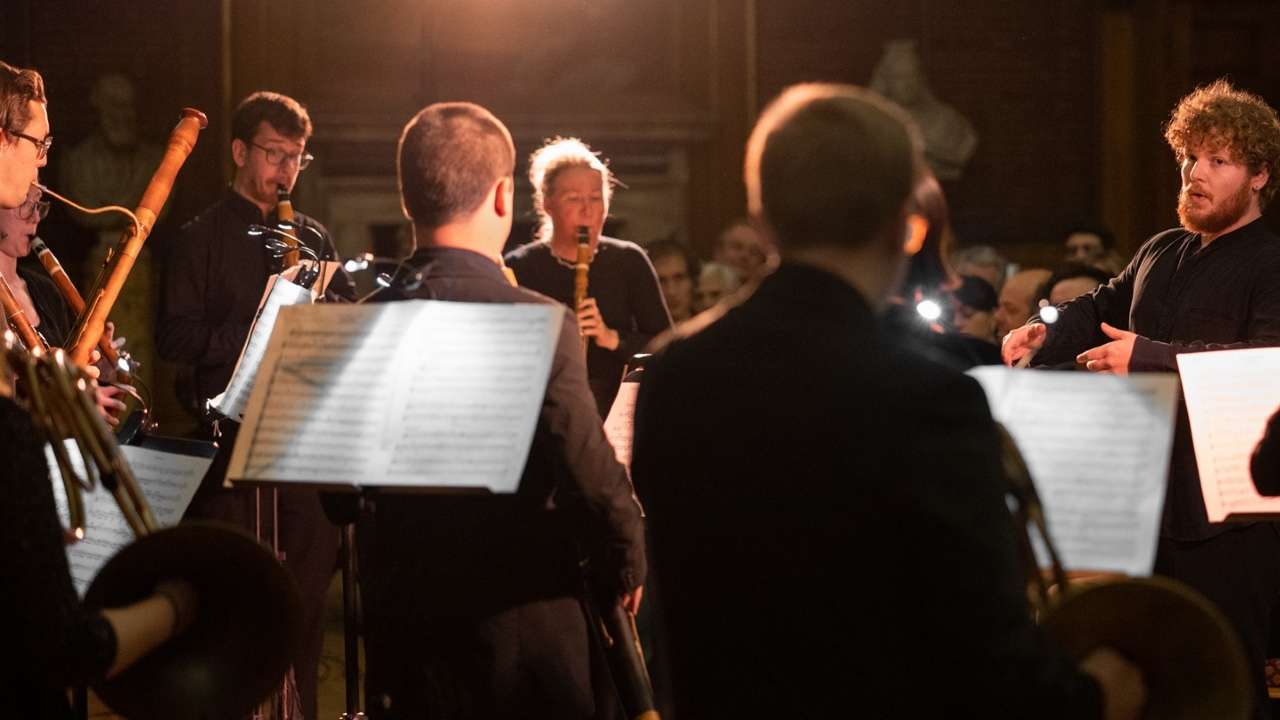 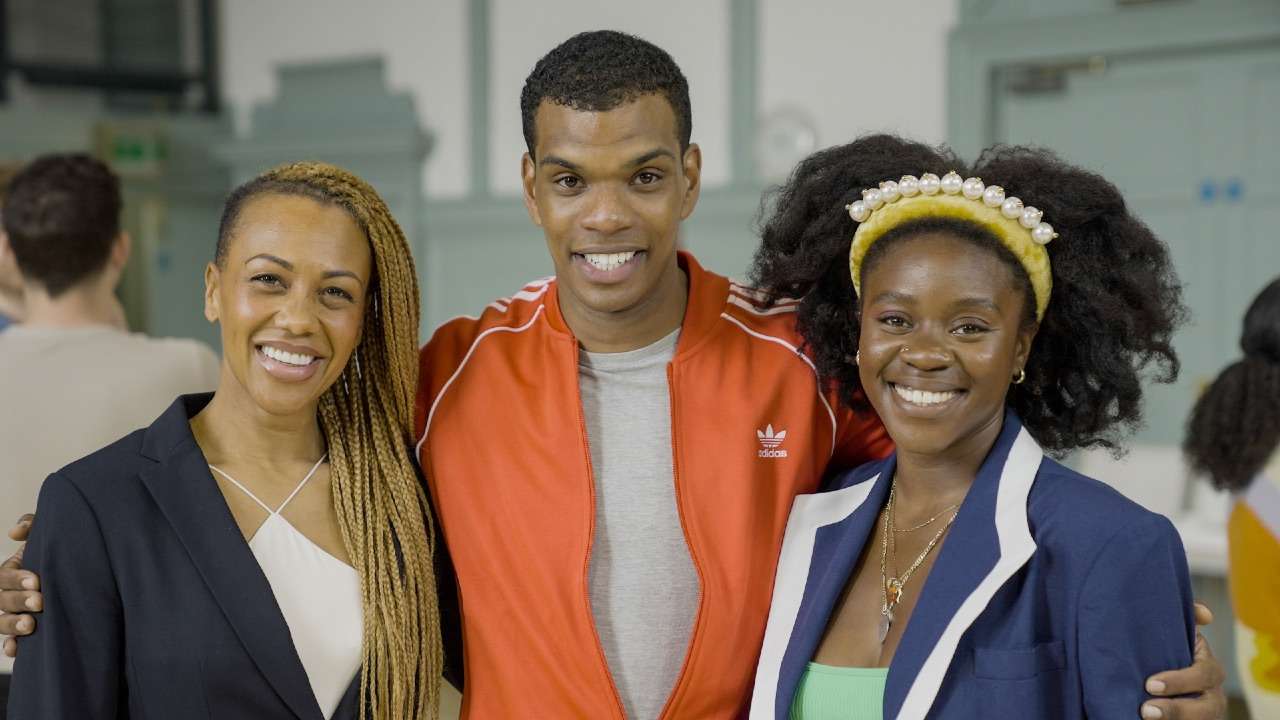 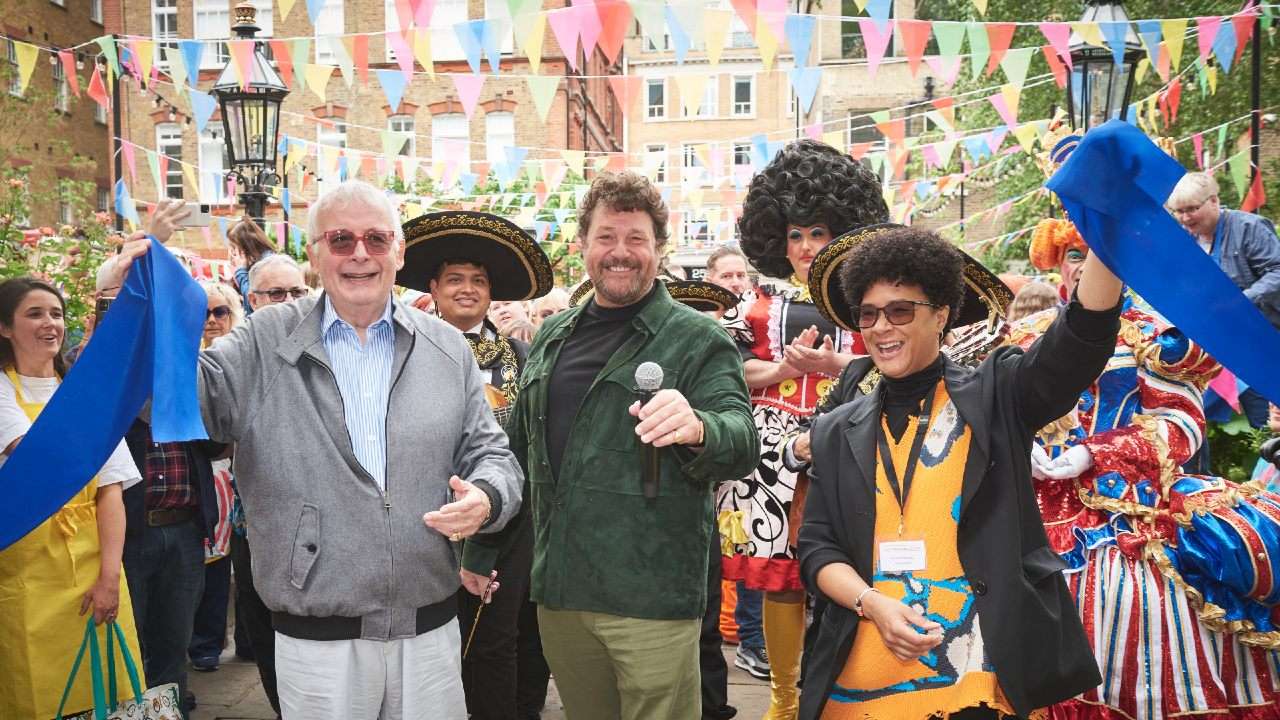 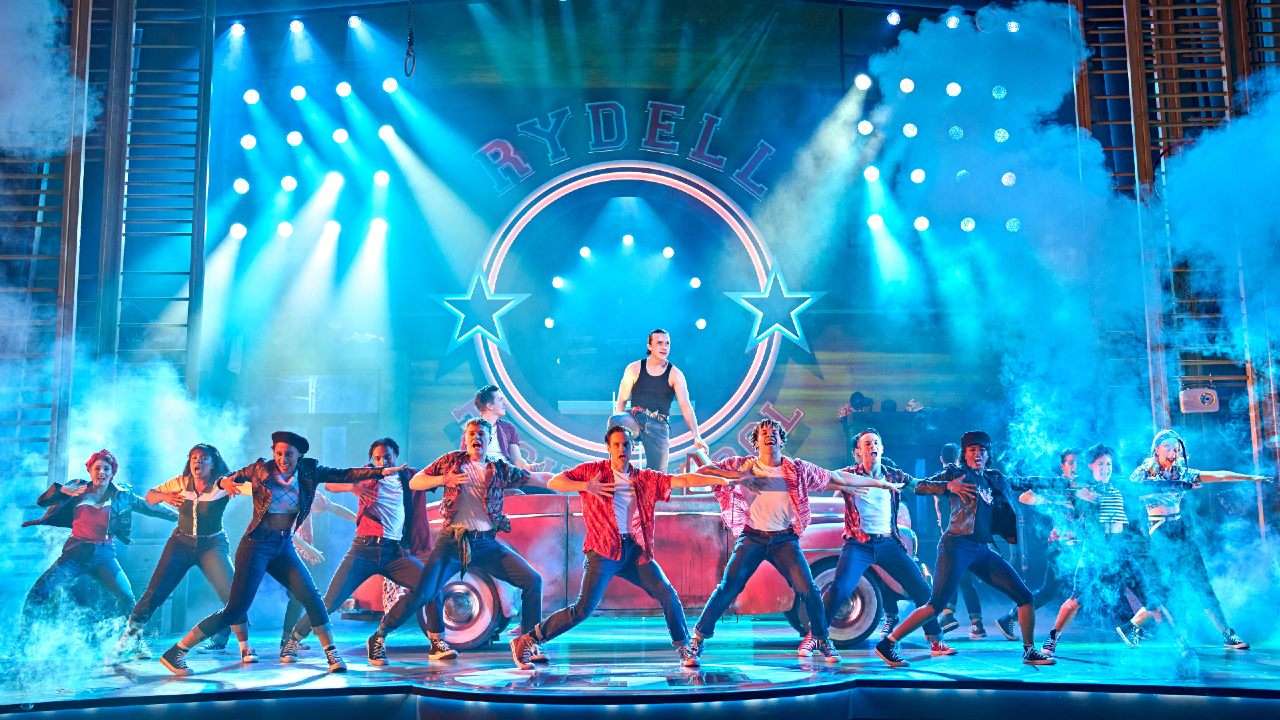 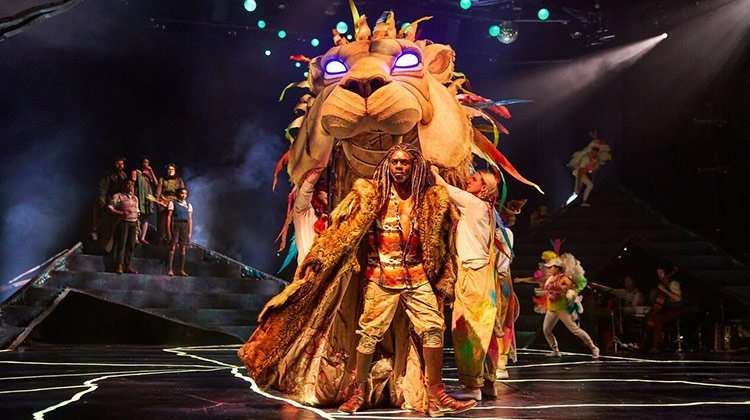 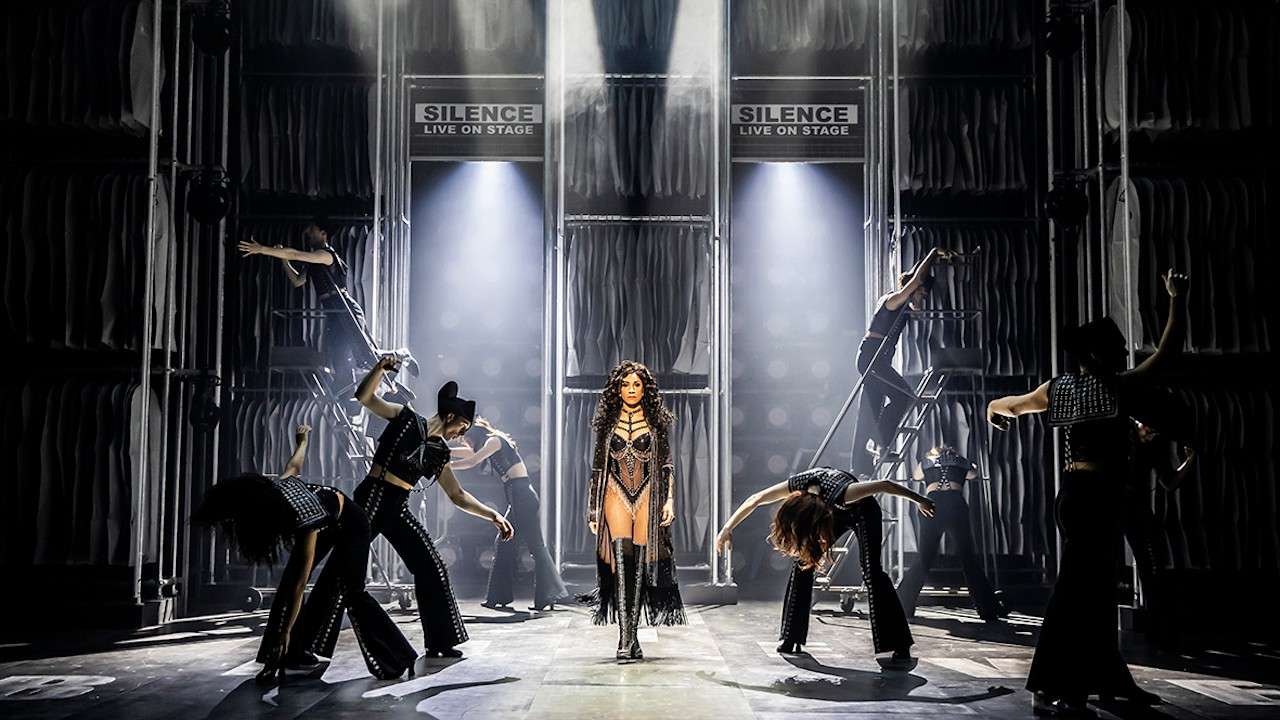 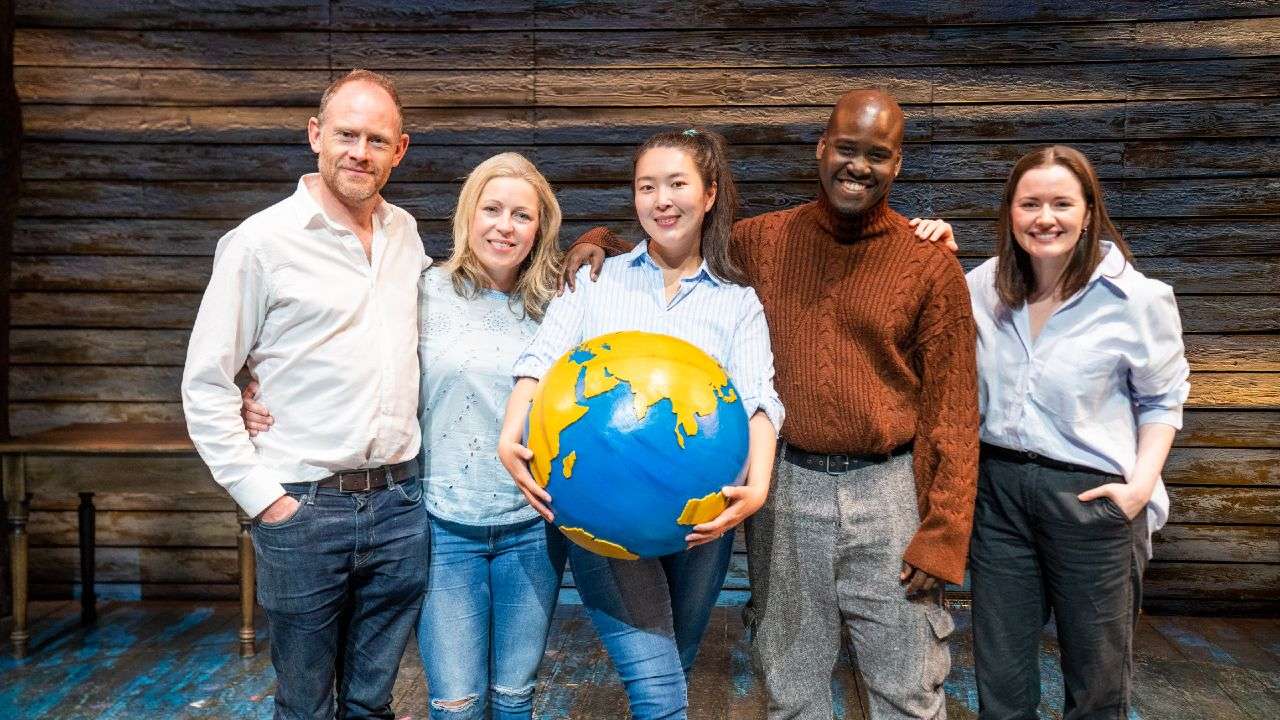 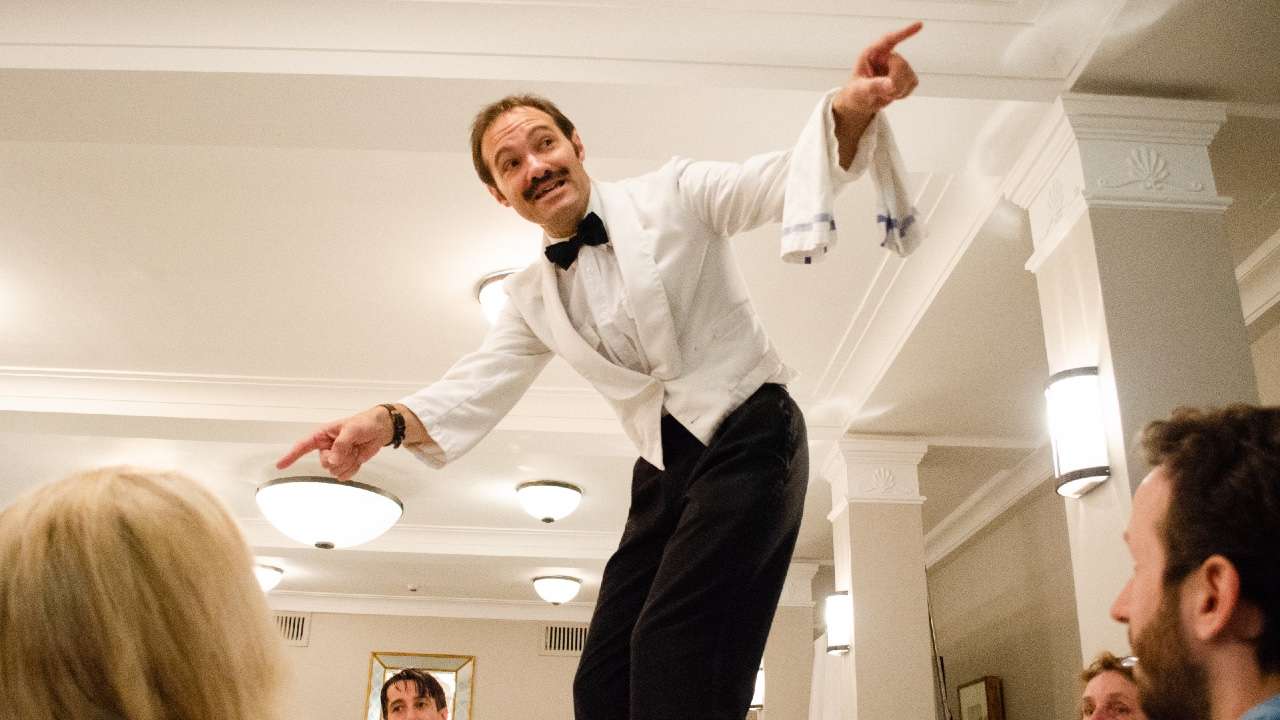 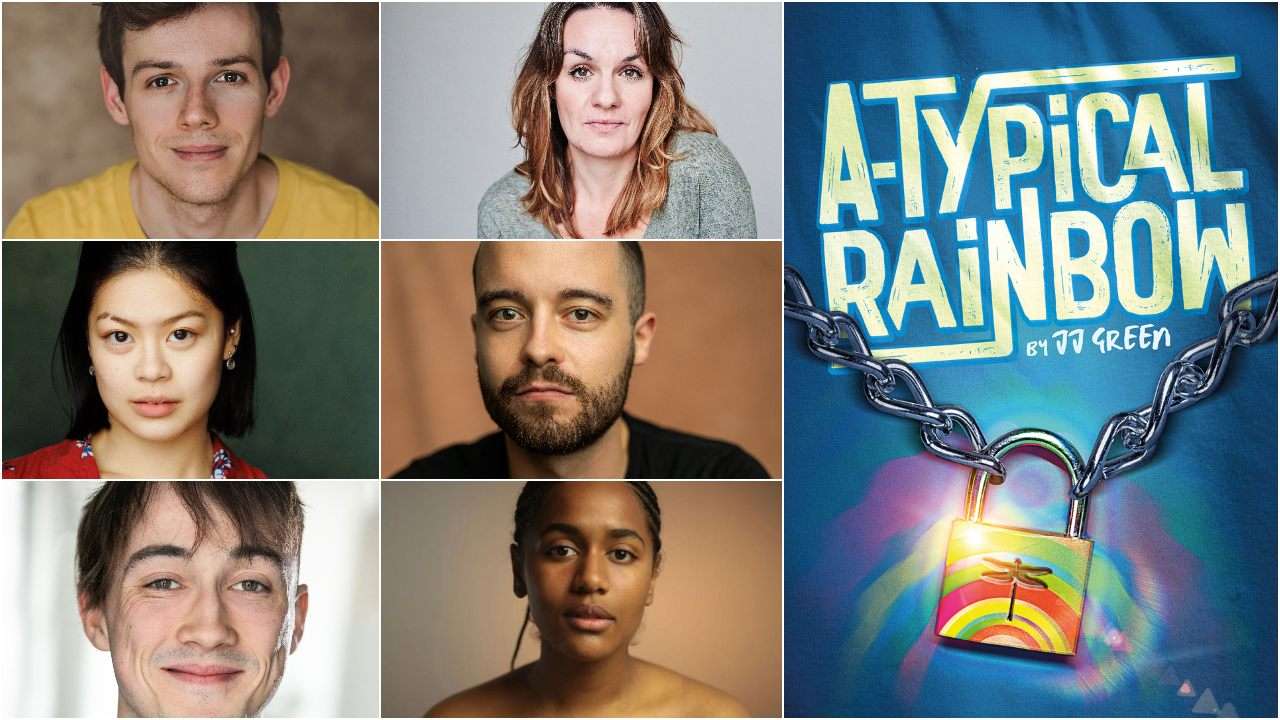 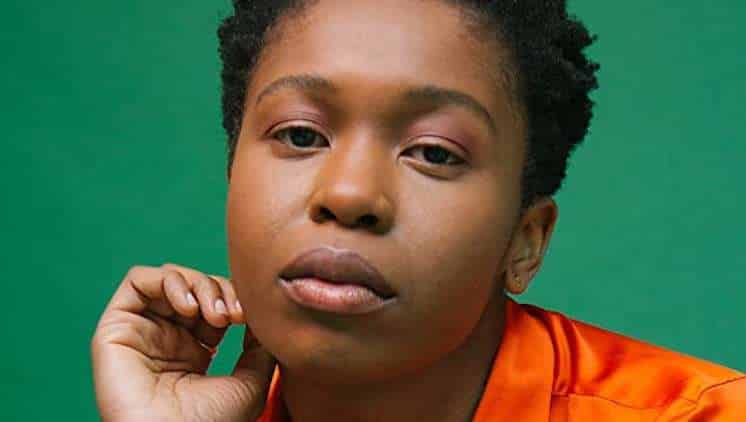