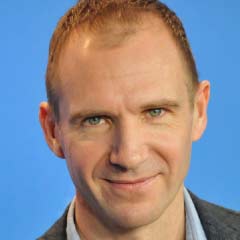 Ralph Fiennes to star in The Tempest at the Haymarket

The play will run as part of Nunn’s first season as artistic director of the Theatre Royal Haymarket, which launched with his acclaimed new production of Terence Rattigan’s Flare Path starring Sienna Miller, Sheridan Smith and James Purefoy.

The Tempest will run from 27 August 2011 for ten weeks. Preceding this will be a transfer of the Chichester Festival Theatre’s Rosencrantz And Guildenstern Are Dead (16 June – 20 August 2011), also directed by Nunn. Tom Stoppard’s play will feature two of the stars of Alan Bennett’s The History Boys – Samuel Barnett, who stars in sitcom Beautiful People, and Jamie Parker (Valkyrie), along with stage and screen actor Tim Curry (The Rocky Horror Picture Show) as the Player King.

Fiennes was last seen on the London stage in 2008 in Oedipus at the National Theatre. His other stage credits include Hamlet at the Hackney Empire and on Broadway and Julius Caesar at the Barbican. His extensive film work includes starring and directing Coriolanus, Oscar nominations for The English Patient and Schindler’s List, and BAFTA nominations for The Constant Gardener and The End of the Affair. He also plays Lord Voldemort in the Harry Potter franchise and will shortly start filming the new James Bond movie, directed by Sam Mendes.