The 35th annual Laurence Olivier Awards are to be held tonight, Sunday 13 March 2011, at the Theatre Royal Drury Lane in London.

Organised by the Society of London Theatre, the awards are the most popular and important in the British theatre calendar. This year they are set for an overhaul, with MasterCard sponsoring the event, and a glitzy ceremony planned for the Theatre Royal Drury Lane.

The awards will feature full red carpet arrivals and star-studded ceremony that will be hosted by musical theatre star and TV and radio presenter  Michael Ball, and award-winning actress Imelda Staunton.

The awards will be covered extensively by the BBC on television, radio and online – including full red carpet coverage of stars arriving for the awards. A live broadcast of the ceremony will be played out via the BBC’s red button service (digital, cable or satellite viewers only), and also Paul Gambaccini will host Radio 2’s live coverage of the night, along with Jodie Prenger who will cover the red carpet arrivals. Plus BBC News will have special live coverage of the red carpet arrivals, and a post-awards reaction programme presented by Jane Hill and BBC Arts Editor Will Gompertz. Also highlights of the awards will be available on BBC iplayer the following week.

This year’s Olivier Awards nominations are lead by Andrew Lloyd Webber’s Love Never Dies with 7 nominations and Thea Sharrock’s National Theatre production of Terence Rattigan’s After The Dance with 6 nominations, including best director for Sharrock and best actress for Nancy Carroll.

Mark Rylance is nominated for a best actor award for his performance in La Bete, alongside Derek Jacobi, David Suchet, Rory Kinnear and Roger Allam. And in the musical category, Ramin Karimloo has a nod for Love Never Dies, joined by Legally Blonde’s Alex Gaumond, David Thaxton for Passion, Sahr Ngaujah for Fela! and Love Story’s Michael Xavier.

In the Olivier Audience Award category, four shows have been up for public vote: Billy Elliot the Musical, Jersey Boy, Les Misérables and We Will Rock You. Also at the awards, Stephen Sondheim will receive the Society of London Theatre’s Special Award for his outstanding contribution to theatre.

The UK’s most prestigious theatre awards started in 1976 as The Society of West End Theatre Awards, becoming the Laurence Olivier Awards in 1984. 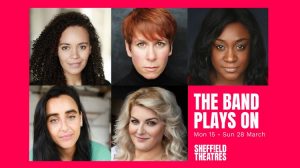 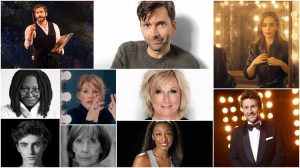