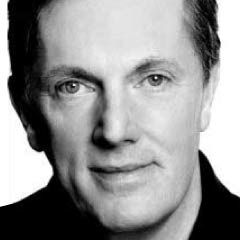 West End star Don Gallagher has appeared in a wealth of plays and musicals in his long career including Roger de Bris in The Producers, His Dark Materials and Stuff Happens at the National Theatre, a number of seasons at the RSC, and roles in Les Misérables and Martin Guerre.

He is also no stranger to the TV world, with his credits including Casualty, Miss Marple, The Changeling, Hancock and Joan, Poirot, Ballet Shoes, Where the Heart Is and Inspector Linley.

In Priscilla Don stars as glamorous transwoman and drag queen Bernadette, played in the Oscar-winning movie by Terence Stamp.

Don stars in Priscilla Queen of the Desert alongside Richard Grieve as Tick, Mark Moraghan as Bob and Oliver Thornton as Adam.