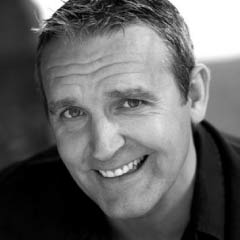 Mark Moraghan is best known for playing Owen Davis in popular BBC drama Holby City. But there is much more to the man than Holby – as can currently been seen on the stage of the Palace Theatre in London where Mark plays butch mechanic Bob in the hit stage show.

Mark’s long television career reads like a who’s who of top-rating drama, with roles in shows including Dream Team, Brookside, Doctors, Heartbeat, The Bill, Where the Heart Is, Casualty, Peak Practice, London’s Burning, Boon and Emmerdale Farm.

Mark stars in Priscilla alongside Richard Grieve as Tick, Don Gallagher as Bernadette and Oliver Thornton as Adam.