Brought to life on stage with music and lyrics by multi-Grammy Award winners and global music superstars Joss Stone and Eurythmics’ Dave Stewart, and from the acclaimed West End producers of Back to The Future and Ghost, this is a heart-racing and devastatingly theatrical journey like no other.

Their love story is like no other. And yet, it’s like all others. They meet, fall in love and marry – but not in that order. Henry travels through time and through Clare’s past, present and future. Their love is the ultimate test and the greatest of romances, beset with surprises, pain and adventures.

What's the story of The Time Traveller’s Wife?

The story is about Henry and Clare’s love story, an ordinary love story but that is like no other: they meet, flirt, fight, love, marry… but all out of order. Henry is often and uncontrollably ripped out of time, because he suffers from a rare condition where his genetic clock periodically resets, pulling him into his past or future, vanishing before one’s eyes, never knowing where or when he’s going next. Except he knows he’ll always come back to Clare, whether she’s 5 years old playing in a field or 85, dreaming of her time-travelling husband.

Who is in the cast of The Time Traveller’s Wife?

Who are the creative team of The Time Traveller’s Wife?

The show is directed by Bill Buckhurst (Sister Act) and designed by Anna Fleischle, with choreography by Shelley Maxwell, lighting design by Lucy Carter, illusions by Chris Fisher, video design by Andrjez Goulding, sound design by Richard Brooker, musical supervision & arrangement by Nick Finlow and orchestrations by Bryan Crook. Casting will be by Stuart Burt CDG.

The show is produced by Colin Ingram (Back to the Future, Ghost) for InTheatre Productions, Gavin Kalin Productions, Teresa Tsai and Crossroads Live, by special arrangement with Warner Bros. Theatre Ventures.

Who wrote the show?

The Time Traveller’s Wife: The Musical is based on the best-selling novel by Audrey Niffenegger and the acclaimed film screenplay by Bruce Joel Rubin. The musical has a book by acclaimed US playwright Lauren Gunderson, and original music and lyrics by Joss Stone and Dave Stewart. Additional lyrics are by Kait Kerrigan.

Joss Stone is a Grammy and Brit award-winning singer-songwriter, having released seven studio albums since she secured a record deal at 15 and released her critically acclaimed debut album, The Soul Sessions. In 2019, she completed her most audacious project to date, The Total World Tour, in which she has performed a gig and collaborated with local artists in over 200 countries around the world. Dave Stewart is the award-winning singer, songwriter, musician, producer and Eurythmics co-founder, recognised as one of the most respected and accomplished talents in the music industry today with a music career spanning four decades and over 100 million album sales. 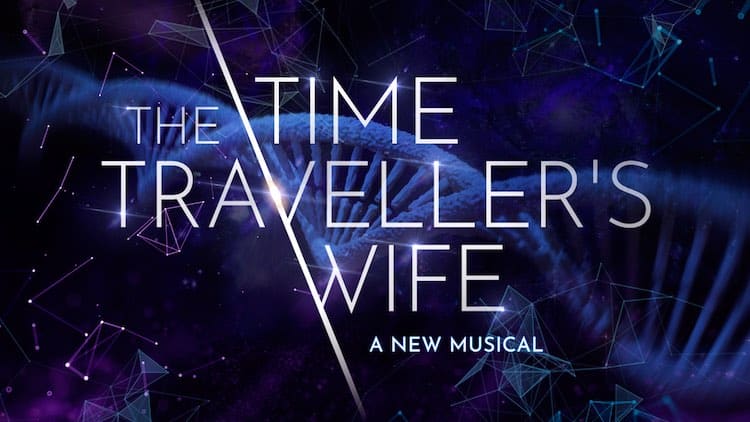