A round-up of reviews for current and future West End shows, now booking in London.

Newspaper theatre critics are still an important way for theatregoers to decide what West End shows to see in London. Most critics give a rating for a London show from one to five stars, helping you narrow down the choice of shows you want to see.

When choosing which West End show to see, it is always worth using a critic’s London theatre review as a guide to a show, alongside other sources including the opinion of friends, and the views of other theatregoers on social media. But critics of respected publications including The Guardian, The Times, Time Out and Variety are a useful way to understanding whether a theatre production is for you.

Here we round-up some of the opinions of national newspaper and magazine theatre critics, giving you a snapshot of what London theatre to see in the West End.

★★★★ "This glittery fever dream of a musical shines" - Evening Standard

★★★★ "A cracking supernatural thriller!" - Time Out 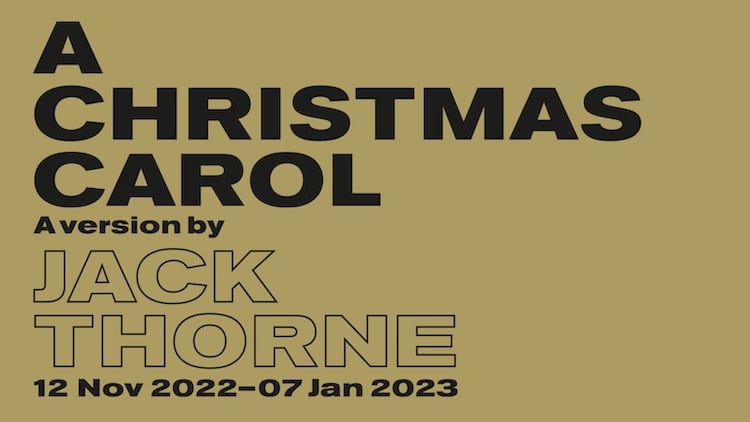 A Journey to the Past
Apollo Theatre

A Journey to the Past reviews coming soon

★★★★ "An intoxicating world which is a delight to explore" - The Stage

★★★★★ "Bubbly wit and stylish fun. It shimmers and sparkles" The Times

★★★★★ "When a musical packs this much energy, and spectacle, nothing else goes!" Daily Mail

Read more Back to the Future reviews

★★★★★ "IT’S LOUD, EXHILARATING AND BLOWS YOUR SOCKS OFF" - THE INDEPENDENT

Read more Bat Out of Hell: The Musical reviews

★★★★★ "A vibrant and frightening revival" - Independent

★★★★ "All the gasp-inducing stunts of Cirque du Soleil, without the pseudo-cosmic gubbins" - The Times

★★★★ "Touching tale of kindness in face of terror" - Evening Standard

Read more Come From Away reviews

★★★★★ “A Superb, Unmissable Musical” — The Independent

★★★★ "Witty songs light up tale of teenage trauma" - The Times

"The Biggest Live Theatre Sensation of All Time" - The Observer

"This stage version is a phenomenon" - Sunday Mirror

"In an enduring show that – like Strictly – offers pure dancing pleasure, but with an added strand of thoughtful and hard-hitting radical politics, carefully woven in by writer Eleanor Bergstein, from start to finish" - The Scotsman

"As fresh and soul-stirring as ever" - Daily Telegraph

"There is simply nothing else like it" - The New York Times

"You hope all nights in the theatre will be like this!" - Daily Mail

★★★★ "This is, truly, the Christmas cake of musicals." "It has, in short, the magic that sends you out of the theatre smiling and singing." The Times

★★★★★ "Absolute genius... Smart, aware, clever comedy. Five stars – full house – it got a standing ovation from everyone" - The Break A Leggers

★★★★★ "[This] stunning musical extravaganza creates its own magic" - The Guardian

★★★★★ "More magical than the film, this stage version of Frozen is one hot hit" - Daily Mail

★★★★ "An awesome spectacle with more heart, depth and darkness than the film" - Time Out

★★★★ "Arinzé Kene is a knockout. This is a joyful night out that also feels like an important cultural event" - Evening Standard

Read more Get Up, Stand Up! The Bob Marley Musical reviews

★★★★ "This production has glamour and grit, with superb dancing and showstopping choreography" - The Times

"A clever, mischievous pleasure with the sharp teeth of a kicked corgi" - Metro

★★★★ "A thrilling adaptation of the cult film" - The Stage

★★★★ "Stiletto-sharp and bluntly unsentimental..[this] rebellious musical isn't just for fans of the film" - The Telegraph

"Heathers nails what made the movie so great" - The Guardian

Save up to 29%
Horrible Histories – Terrible Tudors
Garrick Theatre

‘A rip-roaring, riotous sightseeing tour kids and adults will never forget!’ - The Sun

‘A fun, enjoyable, spirited alternative to more po-faced London tourism – may it sail on and on!’ - TimeOut

It's A Wonderful Life
London Coliseum

Jack and the Beanstalk
Lyric Hammersmith

Jack and the Beanstalk
London Palladium

★★★★ "This voguing, strutting, dancing celebration of the fashion designer’s life and influences is a lot of fun" - The Guardian

★★★★ "This slick, bouncy and extravagant production is an ideal summertime confection" - The Times

★★★★★ "Oh what a night of magical memories....This is an utterly wonderful show full of vitality, pace and power" - Daily Express

★★★★ "This production is in a class of its own!" - Sunday Telegraph 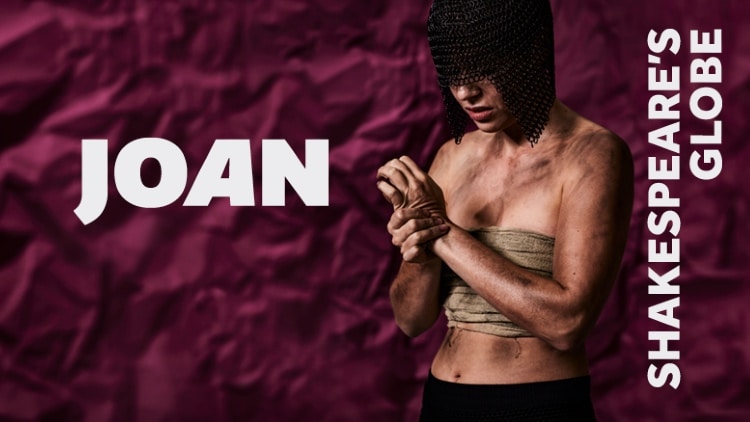 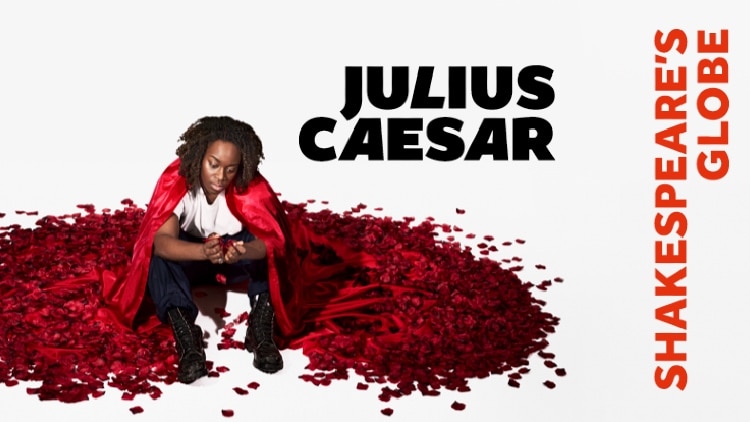 “When I grow up I wanna be La Voix!” – DAWN FRENCH

“La Voix’s impersonations are surpassed only by her own cheekily entertaining personality. A genuine one-off!” – SIR IAN MCKELLEN

‘A masterclass in comedy timing’ - The Times

★★★★★ "It was mesmerising... It's a must see and I'm not surprised it's still delighting audiences" - The Sun

★★★★★ "Breath-taking. It will make you believe in the power of theatre. Roar it out: this is a hit" - The Times

★★★★★ "Everything about this production is amazing" - The Observer

★★★★★ "A extraordinary journey. Unmissable" - The Guardian

"The sexiest, steamiest show in town" - The Sun

"The audience seem nothing less than ecstatic throughout" - The Independent

"One of the most successful musicals EVER" - The Evening Standard

‘"A production of tremendous warmth, vitality and technical excellence that offers an evening of unbridled fun" - The Times

★★★★★ "Stageful of sugar is a rapturous delight" - The Guardian

★★★★★ "The most delightful West End show in years" - Daily Telegraph

★★★★★ "Joyous show is practically perfect in every way" - Express

★★★★ "This feel-good extravaganza defies both logic and pessimism" - Evening Standard

★★★★★ "An evening of unadulterated bliss" - The Guardian

★★★★★ "Smart, quirky and sublimely good fun. A moving and subtle spectacle which will have kids in stitches and adults in tears. It is guaranteed to delight anyone who’s ever been a child" - Time Out

★★★★★ "The quest for a great new musical is over" - Evening Standard

★★★★★ "An absolute cracker of a show, bursting with dynamism, fizzing with verve. Irresistible and ingenious" - Express

Millennials
The Other Palace Theatre

★★★★ "The perfect way to celebrate our post-pandemic freedom" - Telegraph

Read more Much Ado About Nothing reviews

★★★★ "An exercise in unabashed slapstick." - The Times

★★★★ "The emotional heft of an earthquake" -The Telegraph

Read more Much Ado About Nothing - National Theatre reviews

Musicals by Candlelight
The Actors Church

★★★★ "Fresh and sparky, with a bona fide star in Amara Okereke" - Evening Standard

★★★★★ "Call if comfort food for our troubled times, this show serves up some lovely jubbly!" - Metro

★★★★ "A jubilant lovely jubbly .. this unashamedly British night out is a and a treat" - Evening Standard

★★★★ 'All hail the Peaky Blinders: their latest outing is a triumph' Evening Standard

★★★★★ 'A truly unmissable experience... this is a blinder of a show' The Express

★★★★★ "Ambitious, intoxicating – simply nothing else like it" - The Stage

★★★★★ “An all-consuming vision of the siege of Troy” - The Observer

★★★★ “Immersive theatre on an epic scale” - The Independent

Room On The Broom
Lyric Theatre

Secret Cinema: Guardians of the Galaxy

★★★★ “A great night out to get properly pucked up. It’s what Willy would have wanted.” - Time Out

“Theatre for people who hate theatre” – The Sunday Times

★★★★★  "Top-dollar amusement that doesn’t let up from frisky, low-key start to standing ovation-inducing finish. It’s so polished, it defies belief " - The Telegraph

★★★★★  "Refreshing, edge-of-your-seat, laugh-out-loud funny, raw and satirical, polished inventiveness. There is nothing like it on the West End" - British Theatre

★★★★  "Improvisation skills second to none make Showstopper! a must-see" - The Stage

★★★★ "Just divine! A habit worth getting in to... [Beverley] Knight has swagger and attitude to go with her mega-watt voice" - Daily Mail

"Beverley Knight and Jennifer Saunders bring the laughs" - The Guardian

★★★★ "Hamilton move over, there's a new retelling in town" - The Times

★★★★★ "An enchanting musical done to perfection. An evening to remember" DAILY TELEGRAPH (2019)

★★★★ “The premise is new and exciting and the performances excellent.”- Box Office Radio

★★★★★ 'It's hilarious. God have mercy upon my soul' - Sunday Telegraph

'A work of genius. Could this be the new golden age for musicals?' - Guardian

'The most talked about show in London. Mormon puts itself triumphantly in the middle of the cultural conversation' - The Stage

'I loved this show. It's completely bonkers. It has a beautiful heart.' - Daily Mail

★★★★ “Inventive, delightful and hilarious.” - The Scotsman

"What’s not to love about spending an hour at a lock-in down at your local pub with a few beers and having a fun little singalong? - Gay Times

"We all need, indeed deserve, a little escapism" - The Arts Desk

★★★★"Provocative, deft and disturbing" - The Times

★★★★★ "A towering performance that will surely win awards" - Daily Telegraph

★★★★ "One of the performances of the year, a display of gut-felt rigour from Juliet Stevenson" - Evening Standard

★★★★ "An extraordinarily enjoyable night out. The Drifters Girl is hard to beat" - WhatsOnStage

"Beverley Knight blows us away with every number" - The Guardian

"The sound of the show is exquisite" - Telegraph

★★★ "Amy Adams is heartbreaking.. I loved her performance" - Daily Telegraph

★★★★ "The roaring twenties come to life with sparkle, drama and a large yet intimate party" - Culture Whisper

★★★★ "Get immersed in jazz-age hedonism - the quality of the music and the frenetic explosions of flapper dancing distil the spirit of the book like liquor in a prohibition-era teapot." - Guardian

★★★★★ "Theatre at its best. Sam Mendes triumphs" The Times

★★★★★ "What an astonishing evening! Engrossing play and an acting masterclass" - Guardian

Read more The Lion The Witch And The Wardrobe reviews

"[The] murder mystery has been given a shot — a shot of Botox! — by director Ian Talbot" - Daily Mail

★★★★ “One for all the family, ENB’s Nutcracker is, well, cracking” - Londonist

A reliable pleasure” - The Daily Telegraph

★★★★ "Lloyd Webber's epic tearjerker is back in all its kitsch, gothic glory" - Telegraph

★★★★ "The show has only grown in its artistic power" Sunday Times

Read more The Phantom of the Opera reviews

A masterpiece of malfunction' - The Times

'I was reduced to tears of joy' - Independent on Sunday

★ ★ ★ ★ ★ “Emilia Clarke is dazzling in this brilliant reimagining” iNews

"Authentic and Exciting” - The Stage

"A gorgeous festive ballet for families" - Time Out

"A joyful festive treat that is entertaining for both children and adults alike... magical" - Huff Post 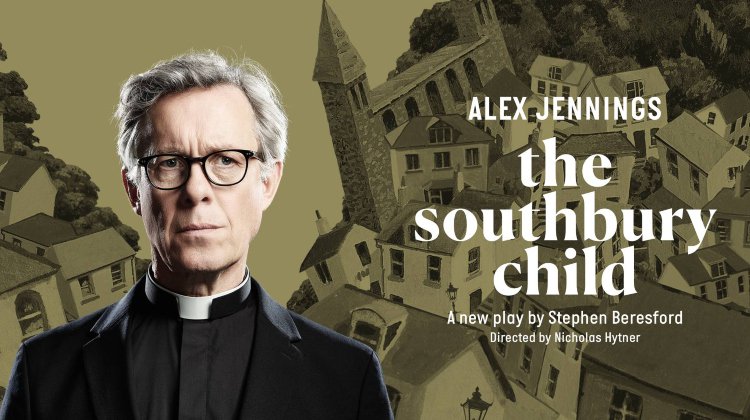 ★★★★★ "Hugely cathartic, this is the play of the year so far... blissfully funny and ineffably touching" - Daily Telegraph

★★★★ "Our thespian prayers answered" - The Times

★★★★ “An invitingly jolly, consistently inventive treat… This Tiger is the cat’s meow” - The Times

★★★★ “It is perfect entertainment for pre-school children" - Daily Express

"A marvellous exercise in spine tingling tension.....it's a cracker" - The Independent

The Yeoman of the Guard
London Coliseum

The Yeoman of the Guard reviews coming soon

★★★★★ 'This joyful, lungs-bursting show is simply the best' - The Telegraph

★★★★ 'Whirlwind Turner tribute leaves you breathless. This is as good as it gets' - The Guardian

★★★★ ‘Straight bio made incredible by its star and story’ - The Stage

★★★★★ "It is as big and growly as the real Tina Turner in her lion-mane strutting heyday." - Daily Mail

★★★★★ "All rise for this powerfully uplifting theatrical event" - Evening Standard

★★★★ "Rafe Spall is stunning in new take on classic" - The Times

Save up to 47%
Tom, Dick & Harry
Alexandra Palace Theatre

★★★★ ‘One of Ireland’s finest performers. A master of his craft’ - Sunday Times

“A devilishly clever spin on the Wizard of Oz” -The Telegraph

"One of the most popular West End musicals ever" - Evening Standard

"One of the best musicals I’ve seen and a great escape from reality. Even if musicals aren’t your thing, see it. You won’t be disappointed - it’s magic!"- Sunday Mirror

"Wicked will entrance every generation in wonder, wit and suspense" - Time Out

★★★★ "A palatial interior fit for the Queen of crime" - Daily Telegraph

★★★★ "The Perfect Setting. A deliciously enjoyable revival" - Time Out

★★★★ "The setting, the playing, the plotting keep you guessing happily throughout" - The Times