The short list for this year's Olivier Audience Award was announced today by Elaine Paige on her BBC Radio 2 show. The short list of shows are Billy Elliot the Musical, Jersey Boy, Les Misérables and We Will Rock You.

The short list for this year’s Olivier Audience Award was announced today by Elaine Paige on her BBC Radio 2 show. 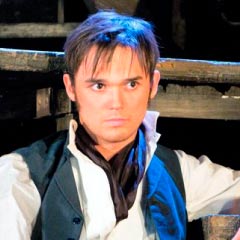 The short list of shows are Billy Elliot the Musical, Jersey Boy, Les Misérables and We Will Rock You. They received more votes than the 14 other eligible shows in the Audience Award category, and were voted for by members of the theatregoing public.

Voting has now reopened to choose the winner, until 9 March 2011. The winner will be announced at the Olivier Awards at the Theatre Royal Drury Lane on Sunday 13 March.

Queen musical We Will Rock You and Billy Elliot both made it on to the short list last year but were beaten by Wicked as the Audience Award winner 2010. Wicked was not included in the awards line-up this year. The nomination of Les Misérables follows the show’s recent win at the Whatsonstage Awards for its 25th anniversary O2 concert and UK touring production. Jersey Boys is the biographical musical telling the story and featuring the music of Frankie Valli and the Four Seasons, which opened at the Prince Edward theatre in 2008.

Also on Elaine Paige’s show this Sunday, a new song written by Andrew Lloyd Webber and Tim Rice for the new London Palladium production of The Wizard of Oz was given its world premiere. Red Shoes Blues was sung by Hannah Waddingham, who plays the Wicked Witch of the West in the show alongside Danielle Hope as Dorothy and Michael Crawford as the Wizard.

LISTEN: Red Shoes Blues from The Wizard of Oz, sung by Hannah Waddingham 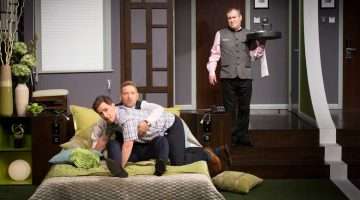